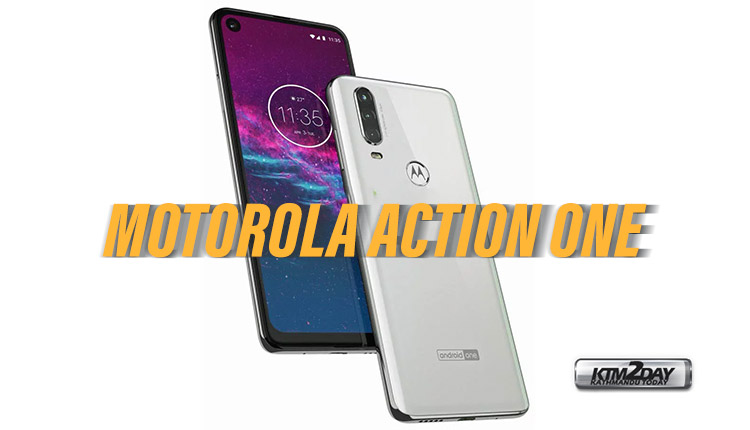 Motorola company is working on the creation of at least two smartphones that must replenish the One series. A few days ago, new details emerged out regarding the technical specification of the device Action One .

Now, 3D renders have appeared on the Internet that reveal some important aspects of the device.

According to the presented images, Motorola Action One will have a display with a hole in the top left corner of the display, designed for the front camera.

The main camera on the rear panel will come in a triple camera setup and by judging the text that is written next to the camera module, the smartphone will receive a wide-angle lens, which will allow you to shoot video with a high frame rate. There is no exact data on the configuration, but presumably the front camera of the device could come with a 12-megapixel sensor for selfies. As for the main camera of the device, sensors of 12 megapixels and 5 megapixels, supplemented with a wide-angle lens, can be included.

According to previous leaks, Motorola Action One will get a 6.3-inch display with an aspect ratio of 21: 9 and support for a resolution of 2520 × 1080 pixels.

The hardware will be based on the Samsung Exynos 9609 chip with the Mali G72 graphics accelerator. It was reported that retail versions of the device will feature a 3 and 4 GB of RAM, as well as the built-in 32, 64 and 128 GB storage devices will be available for retail sale.

The smartphone can debut in blue and gold versions of the color of the body.

At this preliminary stage of this leak there is no initial word on pricing or launch date of the device. Please stay tuned for more updates on Motorola Action One.