Huawei today unveiled the Nova 5 series smartphones in China , the first to receive the latest Kirin 810 system on chip.

According to the official presentation, Kirin 810 is built on a 7-nm process technology. This is 20% more energy efficient and has 50% more density of transistors than the 8-nm process. At the same time, the DaVinci NPU-block developed by Huawei was first used, and the AI ​​score reached 32,280 points.

In addition, the Kirin 810 supports dual VoLTE on sim cards, to ensure a stable, extremely fast connection in a mobile network under various complex communication scenarios. At the same time, Kirin 810 launched a self-developed intermediate carrier format, which significantly improves compatibility with Huawei HiAI and accelerates the work of more applications using AI in their work.

Simply put, the Kirin 810 will be able to give us more intelligence when combined with other technologies. Such as Huawei’s NPU (Neural Processing Unit). With 7nm technology, the Kirin 810 is a mid-range processor with state-of-the-art features. In addition to being more powerful than the predecessor Kirin 710, it can even be compared to the top-of-the-line Snapdragon 855 or Apple A12. 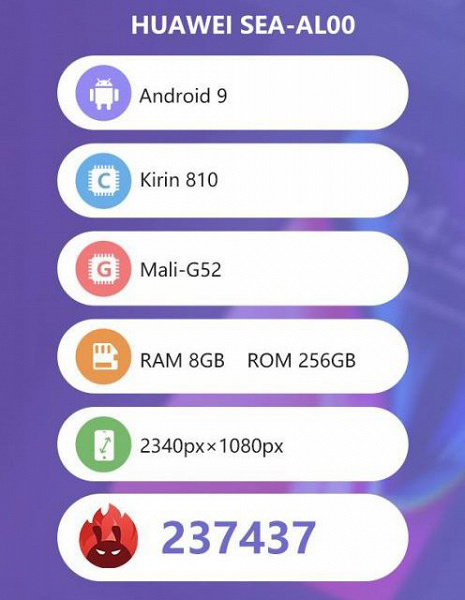 But what about the regular performance of the Kirin 810?

Huawei states that the GPU of the new SoC is 162% faster than in the Kirin 710, which is impressive.

Compared to the Snapdragon 730, the new Huawei platform is 11% faster in single-threaded mode and 13% faster in multi-threaded.

In short, this processor marks a new era in mid-range category of smartphones. Of course we have to test the Nova 5 to see how far an intermediate smartphone can really compete with the top of the range. Still, this processor promises to be as smart as other flagship phones now available in the market.