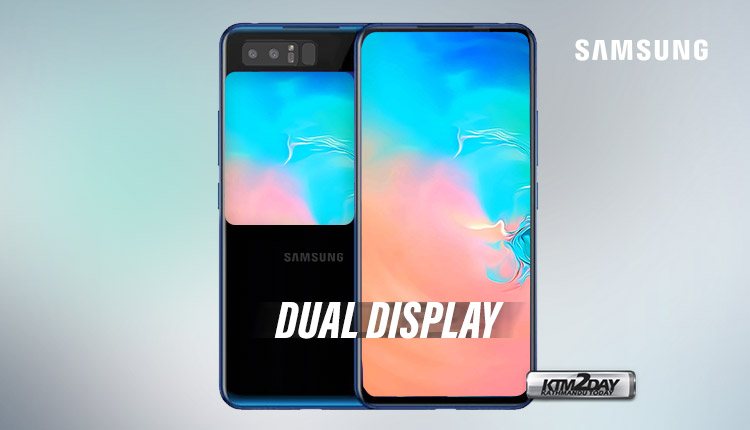 Most smartphone manufacturers aim to offer a fullscreen display smartphone without any kind of notches at the top of the screen. To achieve this, companies have experimented with various solutions, including a rotating camera, a pop-up camera and a flip camera. There are some smart phone manufacturers who have decided to put a secondary screen on the rear panel of the phone so that the main camera configuration on the back of the phone can also be used as a front camera. Some examples of such phones that include a double screen are live NEX and ZTE Nubia X .

Now, it seems that after experimenting with a rotating camera with the Samsung Galaxy A80 , the South Korean company has plans to launch a new Galaxy A smartphone with two screens.The South Korean giant has patented a new smartphone design that has two display panels.

The company also patented another design with expandable display, which can be expanded and retracted at a flick of a button.

A patent for the Samsung Galaxy smartphone with a secondary screen on the back was published by the United States Patent and Trademark Office and the World Intellectual Property Office. 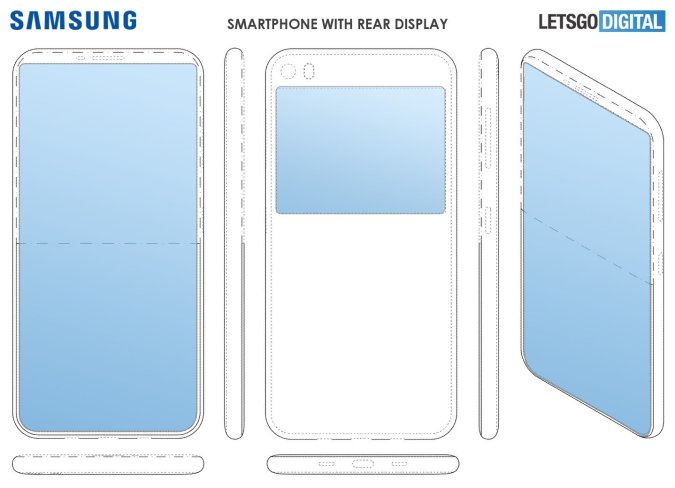 Images attached to the patent show that the phone has a fullscreenon the front that covers most of the front of the phone. In addition, there is no front camera. At the rear there is a secondary screen about half the size of the main screen on the front. The medium-sized secondary display is placed on the top of the back panel, allowing users to hold the smartphone as they normally do, without causing any fingerprints and markings. Because of the screen size, it seems that the main goal is to allow users to pull off selfies.

Since it is only a patent register, no description of this was provided by the company. In addition, the patent reveals that when the front or rear display is not in use, it can be turned off automatically to conserve battery capacity . The display can then be turned on again when any activity occurs, for example, a touch input. Samsung has learned enough with the newly revamped Galaxy A series and therefore is more likely that the smartphone with the design of two screens can be released as part of the Samsung Galaxy A line.