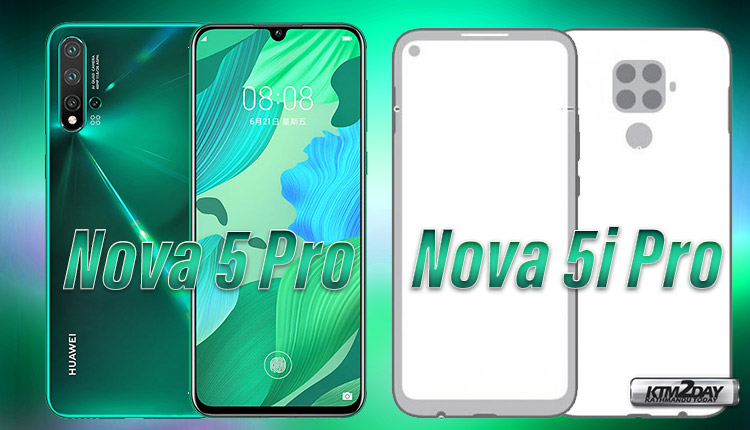 If the Nova 5 Pro is the most powerful, then the highlight goes to the Nova 5 that introduces the very capable new Kirin 810 processor. However, the Nova 5i is the most economical option, which comes equipped with the Kirin 710.

What is interesting is that , in addition to these three handsets, it seems that there is a room for yet another new family member – the Huawei Nova 5i Pro.

Evan Blass has now shown what may be the general features of the Nova 5i Pro, and the truth is that the device has numerous differences compared to the rest of the Nova 5 family.

Let’s start with the screen, which maintains the look of the Nova 5i, with a punch-hole on the screen housing the main camera, the lower chin of the screen being thicker, as in the other Nova.

Significantly different is the rear face, which profoundly changes the look of the Nova 5, changing the module in pill form, by a square module reminiscent of Mate 20, containing 4 camera setup.

Just below we find the fingerprint reader and on the right side the flash is positioned. These cameras could be the same as the Nova 5i, namely a 24MP camera, a 16MP ultra-wide angle, a 2MP camera for depth measurement and a ToF camera.

At this moment nothing is further known the Nova 5i Pro , whether it really exists, or if it’s just a prototype that has not been produced. Its hardware remains a mystery, even though it has even appeared in some retailers sites, and may retain the same Kirin 710 SoC as the Nova 5i. Please stay tuned for updates as we get more info on this.