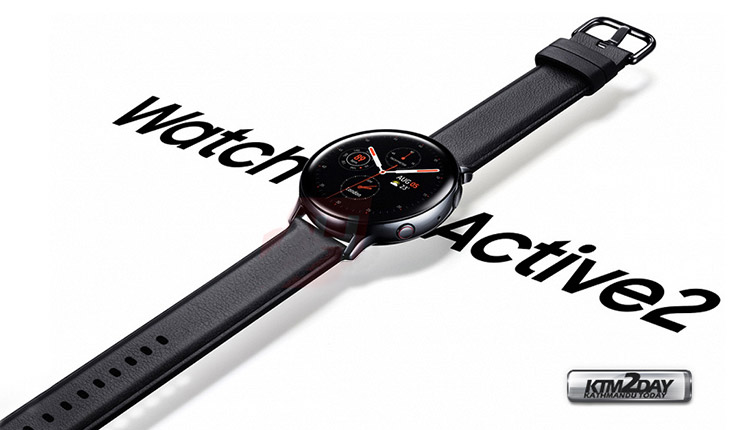 The new render looks like a typical Samsung advertising image, showing the clock along with the name that will be used in stores. This is another confirmation of the name of the Galaxy Watch Active 2. It also confirms some of the earlier rumors about the device.

The Watch Active 2 design is similar to the original Galaxy Watch Active, with only a few changes such as the shape of the buttons and the presence of a circular border on the back around the heart rate sensor.

The model will have two versions, the LTE and the Wi-fi. The first will come with a battery of 340 mAh and the second with a battery of 237 mAh. The software that will accompany the clock is version 1.5 of One UI, which brings some changes still unknown in relation to the previous one.

Samsung Galaxy Watch Active 2 is expected to launch alongside the Galaxy Note 10 series which is scheduled to launch on Unpacked event on August 7.