UnionPay gets licensce from Nepal Rastra Bank to operate in Nepal 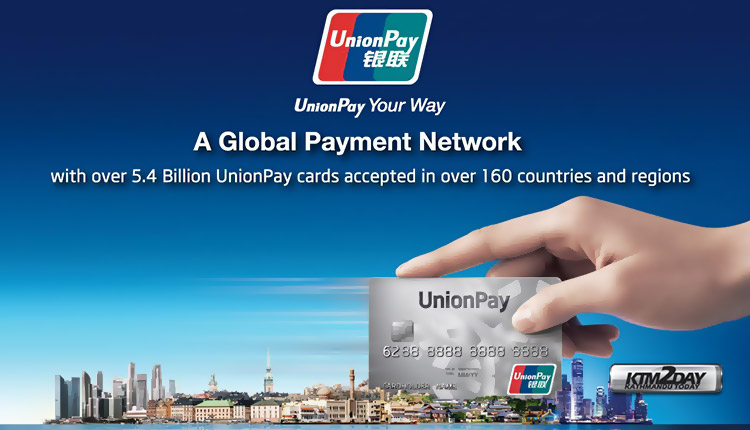 Union Pay International, a Chinese payment service provider, has been issued a licence by Nepal Rastra Bank to facilitate transactions with business sectors located in China.

Payment system providers are systems established with the objective of processing, routing/switching, operation, control and clearing of payment related activities. They can help settle cross border transactions via an electronic system.

Laxmi Prapanna Niroula, spokesperson of Nepal Rastra Bank, said the central bank issued a licence as the Chinese company fulfilled all compliance requirements. According to him, all transactions done via the service provider will now be recorded in the country’s banking system.

Two months ago, the government had banned the use of Chinese digital wallets WeChat Pay and Alipay in Nepal, stating that the country was losing foreign income due to illegal use of those payment applications by Chinese tourists. “As all foreign currency transactions done through the newly licenced company will be registered in the national book account, there is no possibility of misappropriation, unlike the banned payment services,” said Niroula.

According to Nepal Rastra Bank, Union Pay International has been registered at Shanghai Administration for Industry and Commerce, Shanghai, China. The company claims to offer the payment service in 174 countries.