Last week, Samsung announced that they had made “improvements” to the Galaxy Fold, implementing several subtle construction changes that will (hopefully) prevent the screen from easily cracking again.

It looks like the Korean tech giant isn’t the only one making changes to their foldable phones, though — a Chinese journalist by the name of Li Wei bumped into none other than Huawei CEO Richard Yu at an airport, and he was apparently more than willing to showcase the latest version of the Mate X.

Any publicity is good publicity, we suppose.

Looking at the photos Li took, the biggest difference from the previous version showcased at Mobile World Congress earlier this year is a fourth camera, which — considering Huawei’s focus on mobile photography — is a rather unsurprising but welcome addition. 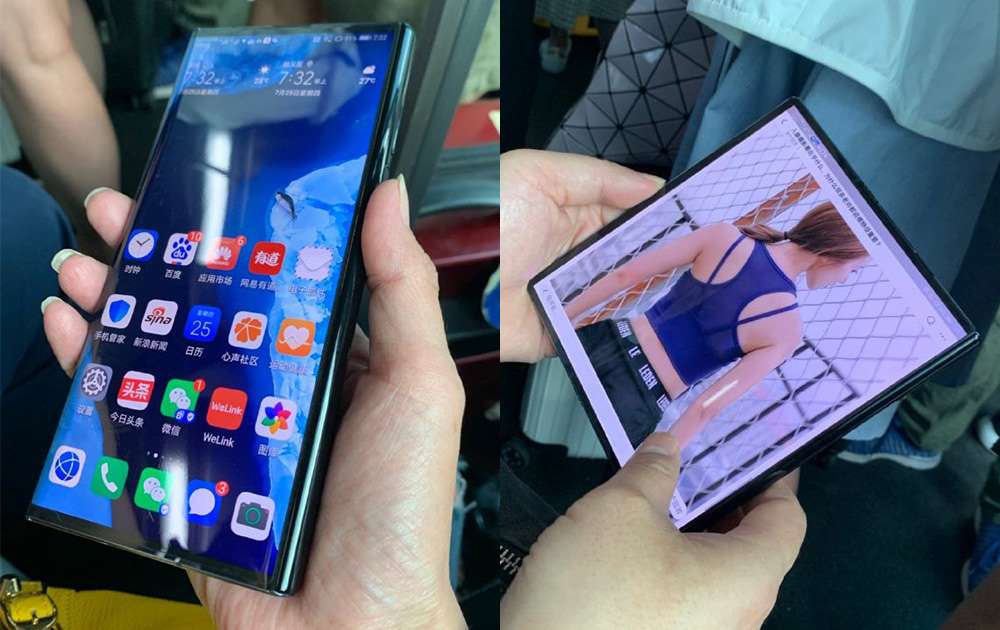 Apart from that, the “unlock button” to fold/unfold the phone has been made a little bigger, and the back now sports a carbon fibre-esque design as well. We’re kind of on the fence with the latter, and personally preferred the minimalist black of the first iteration.

Another interesting tidbit of information that Yu revealed was that the launch of the Mate X — which was originally slated to be in September — has been postponed.

The exact length of said postponement is anyone’s guess at this point (it could be anywhere from a few days to a few months), but considering that Samsung is planning to release the Galaxy Fold in September we’d say that the ball is in Huawei’s court.

Whatever the case, it looks like the battle of the foldable phones just got a little more interesting.