Motorola One Action Specs and Price leak from Amazon The Motorola One Action will be the next Android One smartphone from the manufacturer, to be unveiled during IFA 2019, which will take place in September. The smartphone recently appeared on some Google platforms, where it had some confirmed specs.

But the big leak regarding this new smartphone was made by Amazon Germany. The online shopping giant has put the Motorola One Action sales page online, revealing its price, specifications and arrival date.

It is true that Motorola has had great difficulty launching smartphones that can compete with the great strength of Chinese manufacturers. However, it seems that Motorola One Action may really be a good option for those looking for the Android One experience.

According to the listing on Amazon Germany, the smartphone will be available from September 13th and will come with 3 memory options. The most powerful variant features 4GB of RAM, 128GB of internal memory and a price tag of $335. 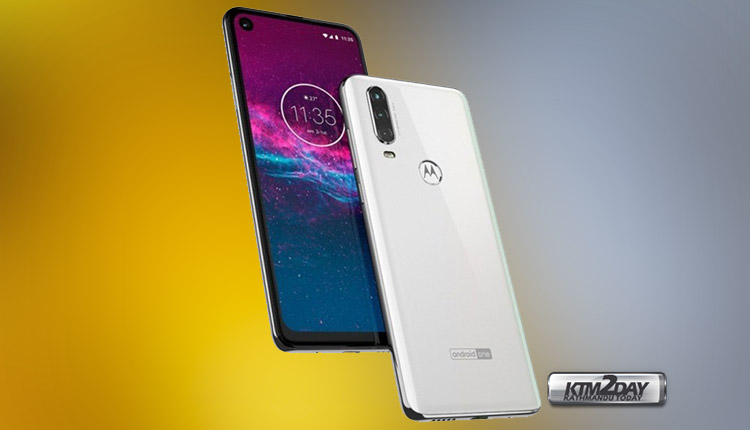 The Motorola One Action features a 6.3 inch full HD + resolution 21: 9 screen. Controlling the heart of the operation is the Samsung Exynos 9609 processor.

In the photographic segment, you will have a triple rear camera consisting of a 13 megapixel main sensor, an ultra wide angle secondary lens and a third for depth control. Dedicated to selfies is a 13 megapixel front camera.

Motorola One Action will come with a 3500mAh battery, USB-C charging port and Android Pie.

Everything indicates that Motorola is poised to turn a page in its history, and to return to the limelight. In addition to One Action, the manufacturer is expected to introduce two more smartphones, one basic and another – a premium variant. As the name implies, the Motorola One Pro will be the brand’s flagship for 2019, and could arrive with a total of four rear cameras.