Shree Airlines gets permission to fly to India and Bangladesh 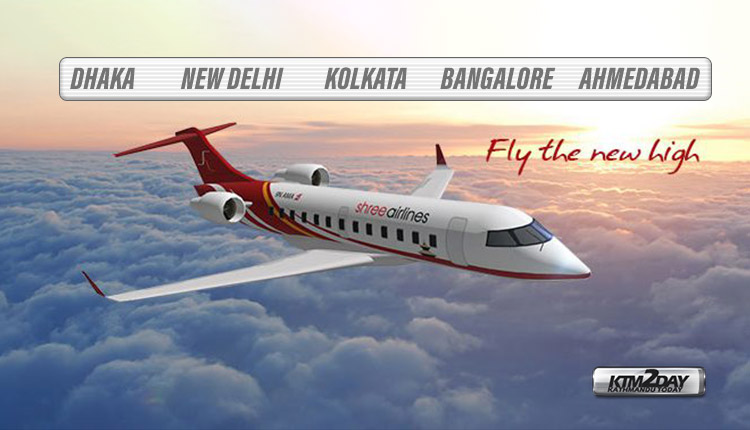 The government has granted permission to Shree Airlines to conduct international flights to India and Bangladesh.

The Ministry of Culture, Tourism and Civil Aviation (MoCTCA) has allowed Shree to operate flights to Dhaka of Bangladesh and four sectors in India — Delhi, Kolkata, Bangalore and Ahmedabad.

Earlier, the Civil Aviation Authority of Nepal (CAAN) had permitted Shree to operate chartered flights to Varanasi in India.

After that, the airline company had successfully conducted a demonstration chartered flight to Varanasi on February 5.

Thereafter, Shree had formally applied to fly and take forth other procedures for regular international services.

Ghanashyam Upadh-yaya, joint secretary at the MoCTCA, said the airline company had completed the necessary processes to operate scheduled flights to the said destination. “We have granted permission to Shree Airlines to operate international flights using three of its CRJ-200 and CRJ-700 aircraft.”

Anil Manandhar, corporate head of Shree Airlines, informed that the company will soon initiate further procedures related to documentation and taking slots in the aforementioned destinations. “We believe that the Airports Authority of India (AAI) will soon decide on providing air operator’s certificate (AOC) to us.”

It has been almost two years since the airline company had sought permission from the government to operate short-distance international flights.

Prior to this, Buddha Air, which has been conducting scheduled domestic flights, had obtained permission to operate scheduled short-haul international flights to India.