Samsung Galaxy A91 to feature Snapdragon 855, triple camera and fast charging of 45 W Samsung is already working on the next generation of Galaxy A series of smartphones and a recent news from SamMobile states that the company is preparing to release the successor of of the Galaxy A90 5G in the form of Galaxy A91 by the end of 2019.

As earlier expected the Galaxy A91 will not feature the ISOCELL Bright HMX sensor of 108 megapixels but will instead be equipped with a 48 MP sensor.

According to information published by SamMobile, the Galaxy A91 (SM-A915F) will include Qualcomm Snapdragon 855 processor along with 8 GB of RAM and 128 GB of storage , expandable by a Micro SD card by up to 512 GB. If we look at the data sheet of the Galaxy A90 5G, we will see that these three features are exactly identical, as is the 6.7-inch Infinity-U screen with FullHD + resolution. 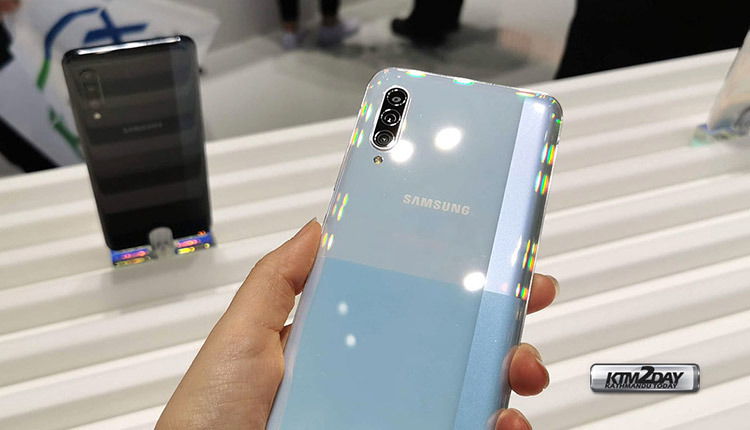 It will also include the same triple main camera with 48 megapixel main sensor and 5 megapixel depth sensor, but yes, the Galaxy A91 will increase the resolution of the wide angle to 12 megapixels. For the front camera, according to SamMobile, Samsung will opt for a 32 megapixel sensor with f / 2.2 aperture.

The connectivity options will remain the same (Bluetooth 5.0, USB-C, WiFi ac), except that the Galaxy A91 will not have support for 5G networks . Nor does the battery capacity differ with respect to the Galaxy A90 5G, which is still at 4,500 mAh, but the new model will support fast charging of 45 W.

As for the launch date, there are rumors that the Galaxy A91 will run on Android 10 out of the box , suggesting that the device could be launched after the Galaxy S11.

Currently there is no solid information about the launch dates and pricing of this device . Anyway the device is either expected to be launched by the end of this year or on the first quarter of 2020.