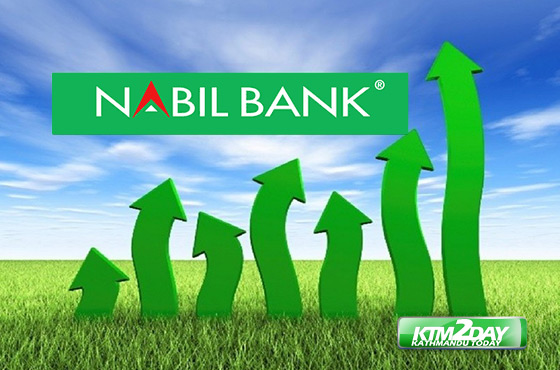 Proving that concerns about lack of loanable funds squeezing their profits were just a farce, the growth of net profit of commercial banks in the previous fiscal stood at an impressive 18 per cent compared to fiscal 2016-17.

Out of the 28 commercial banks in operation, 27 have published their unaudited financial statements, which reveal that their cumulative profit in the previous fiscal 2017-18 stood at a staggering Rs 49.70 billion, or Rs 7.61 billion higher than fiscal 2016-17.

In fiscal 2016-17, the net profit of 23 commercial banks was above Rs 1 billion. The reports unveiled so far show that 25 commercial banks made it to the ‘billion-rupee-club’ in the last fiscal. However, the total number is likely to stand at 26, as the government-owned Rastriya Banijya Bank, which was one of the top profit-makers in the previous years, is yet to publish its fourth-quarter financial statement of fiscal 2017-18.

“After all that hue and cry about lack of loanable funds likely to take a bite out of their profits, banks are now shamelessly saying that they are profit-making entities,” said Kshetry. “Worse, the Ministry of Finance and Nepal Rastra Bank are mute spectators while the bankers take the general public for a ride.” Kshetry added that the lending rates were supposed to come down, as the central bank had made several interventions — refinancing window had been increased and cash reserve ratio minimised — while the government’s expenses also went up markedly at the end of last fiscal. Most importantly, the cost of deposit of the banks is also coming down. Yet, the banks continue to hike their interest rates.

“In all this, what is really worrisome is that the central bank has failed to take any substantive action,” he said.

Bankers, on the other hand, have defended their profits stating it was earned abiding by central bank’s regulatory provisions. “Banks are actually the most transparent businesses in operation,” said Gyanendra Prasad Dhungana, president of Nepal Bankers’ Association.

Commercial banks collected deposit worth Rs 397 billion and mobilised credit worth Rs 376 billion in the last fiscal. The average interest rate spread of a few banks stood at above five per cent, but NRB has yet to take any action against them. As per the regulatory requirement, interest rate spread should have been below the threshold of five per cent in the previous fiscal and should be below 4.5 per cent from this fiscal.