About half a million leave this fiscal for overseas jobs 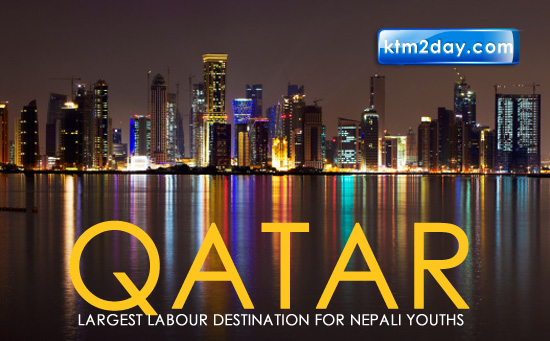 In the first 11 months of the current fiscal year, about half-a-million Nepali youths left the country for overseas jobs. A total of 480,990 individuals took work permits from the department over the period. Of the total departure, 349,943 were first time flyers, while 131,047 were repeat migrant workers, according to the department.

Until the last fiscal year, migrant workers were not required to acquire reentry permission to return back to work after a vacation or leave. The government introduced this requirement from the current fiscal year to curb the trend of going back to work with expired employment contracts.

The government statistics show that nearly 400,000 youths enter the job market each year, and half of them are opting for overseas jobs.

Sluggish industrial activities due to fluid political situation, energy crisis and labour problems have made employment opportunities scarce in the country.

Investment in new small, medium and large industries declined by 39 percent in the first 10 months of the current fiscal year, according to the Department of Industry. Investors pumped in Rs 48.84 billion over the period compared to Rs 79.76 billion in the same period last year. There has also been a decline in the registration of new industries. This year, the department registered 206 industries, against last year’s 220.

According to the industry department, foreign direct investment (FDI) commitments to Nepal has also declined by more than 31.03 percent as of the ninth month of this fiscal year to Rs 5 billion. The figure was at Rs 7.25 billion during the same period last year.

Although the overall workers’ departure increased by 12.95 percent over the review period, the figure dropped by 8.92 percent in the 11th month. Low hiring from major labour destinations, mainly Qatar and the United Arab Emirates (UAE), pushed down the departure figure.