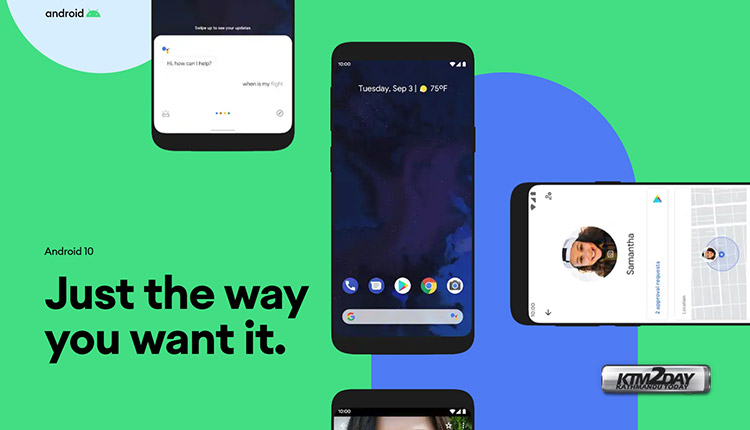 More than five months have passed since March 13, the day Google launched the first Android Q beta . Little by little, and thanks to successive betas, we have been discovering the different news of the latest version of Google’s operating system, until today, finally, the official Android 10 website has been launched. And above all we also now know since last week that the Android Q does not have a dessert as a last name, but it is simply known by plain simple name – Android 10 .

Among the major differences that this new version presents with respect to Android 9 Pie is that the new operating system now comes with renewed gesture controls, dark theme across all areas and enhanced privacy mode.

First of all, although Google has already launched the Android 10 website and, therefore, the new version of the operating system is already official, the installation images have not yet been available, so we will have to wait until the manufacturers of the respected devices start rolling out updates.

In addition, as with each new version of Android, the deployment of the update is done progressively and most brands and models take several weeks to even months. The first phones to have it, of course, will be the Pixels of Google itself. We assume that the rest of the manufacturers will publish their official calendar of updates in the coming days.

That said, now we proceed to comment on the most important developments that Android 10 brings with respect to the previous version of Google’s operating system:

The gestures in Android 10 are faster and more intuitive , so that, in a more fluid and smooth way it is possible to go back and forward, open the home screen and toggle between the different open applications by sliding upwards.

These can now be switched on from Settings > System > Gestures.

According to Google, the new Dark Android theme uses a “true black” hue to preserve battery life for longer time. In addition, it also changes the look of your Google applications, such as Calendar, Drive and Photos. 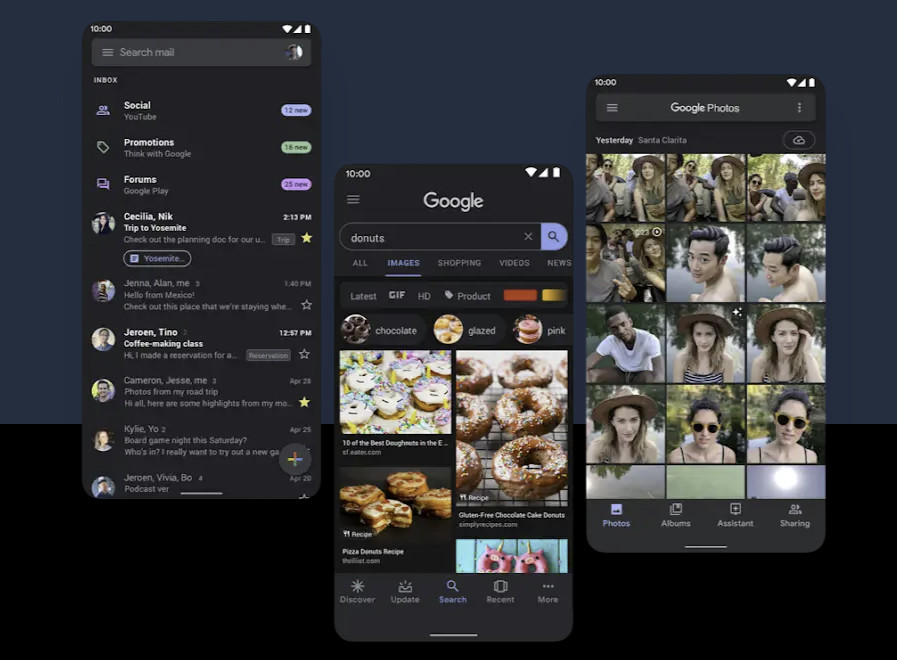 Users will be able to activate system-wide dark theme from Settings > Display, the new Quick Settings tile, or by turning on Battery Saver. Apart from changing the system UI to dark, supporting apps will also show their new dark theme.

With a single touch and without the need to be connected to a mobile network or WiFi, Live Caption  automatically adds subtitles to videos, podcasts, audio messages and even what we record ourselves with the smartphone device. 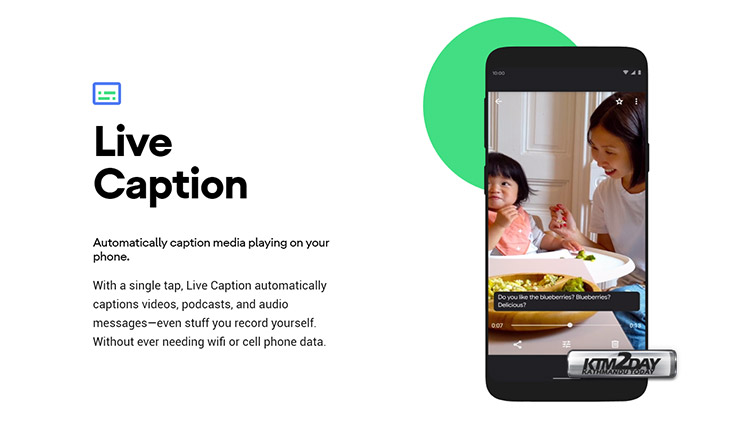 While beneficial to those that want to watch things on mute, it will also be very useful to those with difficulty hearing.

In terms of privacy, Android 10 brings a brand new Privacy section within Settings, and this section includes Activity Controls, Location History, and Ad Settings, amongst other options. It also brings new features including options for when to grant an app location permission (i.e., All the time, Allow only while using the app), and Scoped Storage that gives users better control over their apps can access files on external storage like a microSD card, as well as limiting app access to sensitive user and app data. 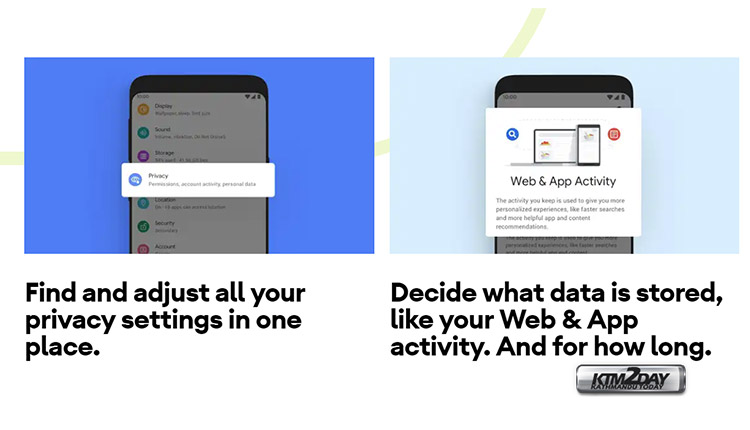 Privacy features also include blocking unwanted app launches from the background, and in an effort to prevent tracking, Android 10 will limit access to “non-resettable device identifiers” apart from randomising MAC addresses.

Also new are the inclusion of Smart Reply and Actions into the Notifications framework, offering system-provided smart replies and actions inserted directly into notifications by default. App developers will be able to supply their own replies and actions. By default all notifications from messaging apps will let users quickly send useful contextual information as a reply, or launch an app, such as Google Maps, if the received message contains an address.

Android 10 brings enhanced location controls allowing users to control how apps access device location. It will offer more granular options to choose from – like grant access all the time, never, or only when the app is open. 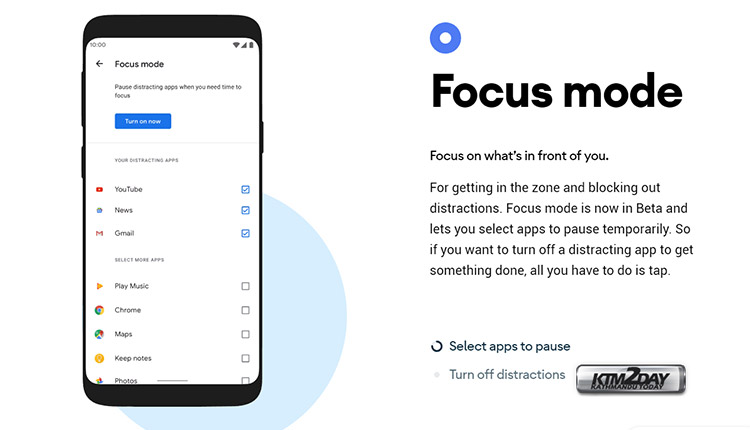 Focus mode is also a new Android feature that will be made available to Android 9.0 Pie users as well, alongside Android 10. A new feature for the company’s Digital Wellbeing initiative, Focus Mode lets users silence apps they find distracting until they leave the mode. The new mode can be quickly turned on and off via Quick Tiles.

Android 10 also introduces a hierarchy system for notifications, classifying them into Gentle and Priority tiers. This is intended to help users manage the overload of notifications that we all have to deal with. Priority notifications will grab users’ attention with sounds and status bar icons, and will appear on the lock screen, while Gentle notifications will always be silent and will simply live in the pull-down notifications shade. 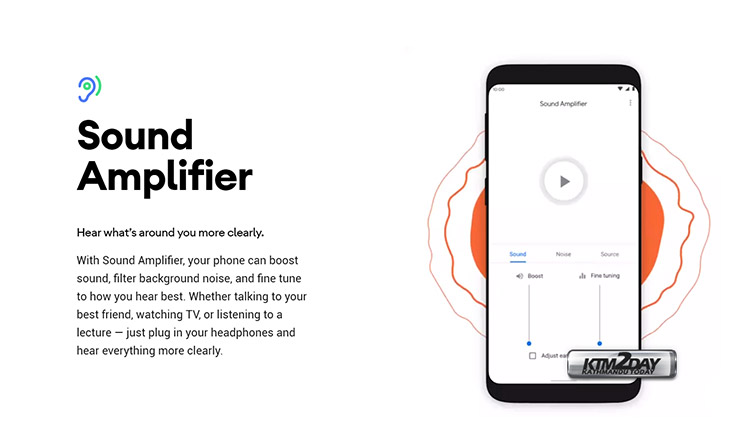 With Sound Amplifier , the phone is able to boost the sound, filter the background noise and adjust the audio so that one can hear it better. It is very useful when listening to podcasts, watching videos or talking in an area with a lot of noise.

One of the most interesting new Android 10 features is a completely new style of notifications, called Bubbles. Similar to the Chat Heads that some messaging apps use, Bubbles allow users to quickly multitask while carrying on a conversation. Floating icons will appear on screen for chat notifications. They can remain there so a user can pick up a conversation at any time. Users can drag these to any part of the screen, and simply tap them to expand the associated app’s message view and composition tools.

Bubbles will be prioritised for communication notifications, and users will be able to pin them to their home screens for continual access. Bubbles are designed for notifications that require or can lead to a lot of user interaction. Google understands that they will take up screen space, compete for user attention, and might potentially be annoying. Not all notifications need to be presented as bubbles, so they will be limited to messaging, calling, and user-initiated interactions. 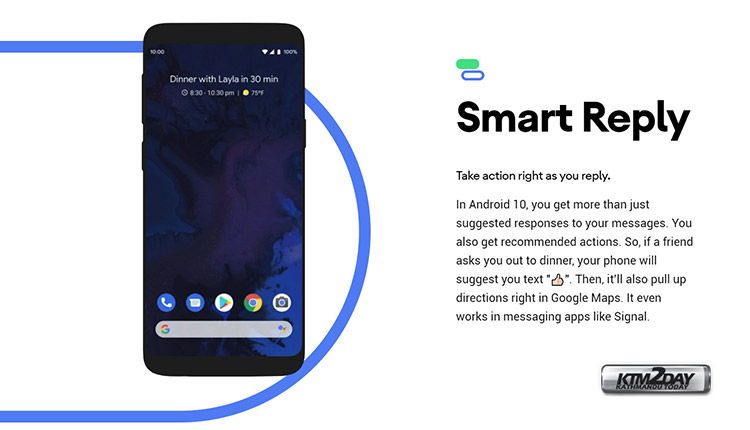 Also new are the inclusion of Smart Reply and Actions into the Notifications framework, offering system-provided smart replies and actions inserted directly into notifications by default. App developers will be able to supply their own replies and actions. By default all notifications from messaging apps will let users quickly send useful contextual information as a reply, or launch an app, such as Google Maps, if the received message contains an address.

Google ensures that Android 10 devices will receive regular security updates faster and easier thanks to the update system through Google Play. With it, one can receive important security and privacy updates directly on the phone from Google Play, just as the regular apps are updated.

Android 10 also brings native support for foldable devices, and in its demo I/O 2019, Google showed a cool continuity feature wherein games switched from a smaller screen to a larger tablet-like screen seamlessly. With the impending arrival of the Samsung Galaxy Fold and Huawei Mate X, this support will be useful and extend support to more such phones in the future. 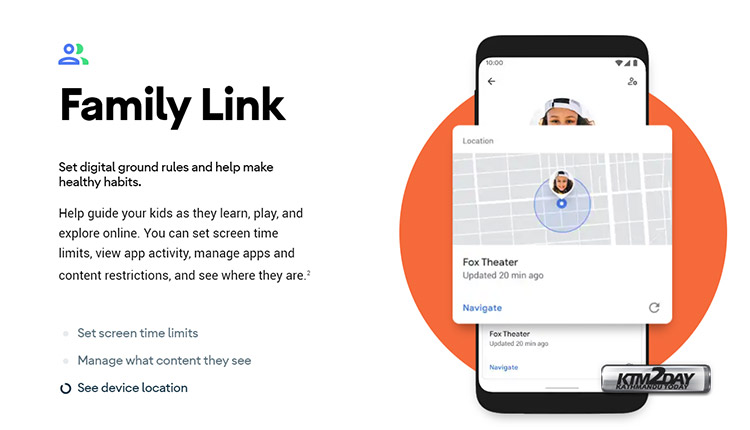 In addition, thanks to Family Link, we can manage applications by setting content restrictions and screen time limits, see the applications that children have used and check where they are at any time.