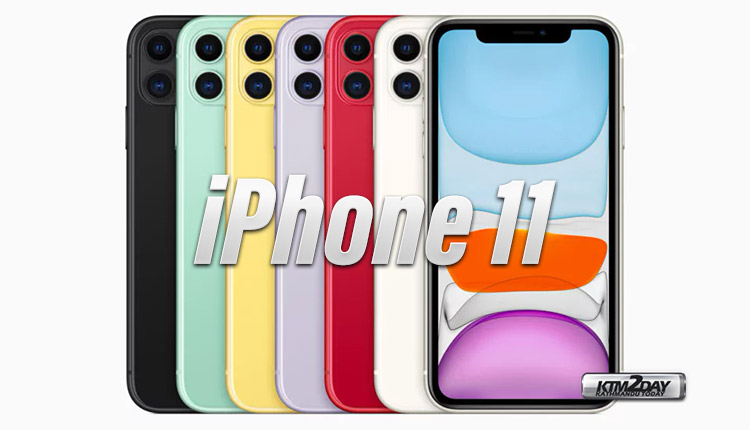 The most anticipated day of this season has arrived, and Apple presented it’s WWDC 2019 Keynote, and the new iPhones of 2019. Rolling on the same strategy that we saw in 2018, the Cupertino-based company has put three high-end devices back on the table , this time under the nomenclatures iPhone 11, iPhone Pro and iPhone Pro Max.

The iPhone 11 is running as a substitute for the iPhone XR , a super-seller that triumphed for its colorful design, good battery and lower price tag than its siblings. Now with the announcement of it’s successor, let’s find out what this device has on offer.

The iPhone 11 comes with similar configuration as of the iPhone XR. With the new generation, we again see it equipped with a 6.1 inch panel, with HD + resolution and IPS technology. The new iPhone 11 lacks the triple camera setup on the rear panel and OLED panels as found in the Pro models.

The smartphone brings the new A13 Bionic processor. The manufacturer boasts of having the fastest chip on the market, ahead of the Galaxy S10 Plus, Huawei P30 Pro and Google Pixel 3. The Galaxy Note 10 was not mentioned in the comparison. According to the company, the battery can hold 1 hours more than in the iPhone XR, the cheapest model of last year. The suggested price is US $699.

The successor of the iPhone XR is now called the iPhone 11, it is equipped with the Apple A13 Bionic, the fastest mobile single-chip system, as well as the fastest GPU in the industry.

The 6.1-inch LCD screen has retained the familiar bang for the front camera, other sensors, and speaker. The smartphone supports Dolby Atmos technology and offers high-quality sound both from the speaker and through the headphones.

The main change in relation to the previous model is in photography: Instead of a single lens in the rear, we have a dual camera system with a resolution of 12 megapixels, as well as wide-angle and ultra-wide-angle (120°) lenses with an aperture of F/1.8 and F/2.4, respectively.

The camera supports extended dynamic range when taking photos and videos, has a portrait mode not only for people, but also for animals. There is an improved studio lighting for portraits, as well as a mode for blurring the background on any subject. Of course, they brought in a separate Night Mode feature to function better on low light conditions.

During video recording, one can switch between cameras. 4K resolution is supported at 60 fps, it is also possible to record slow-motion videos. Another interesting feature – you can record a video in photo mode by simply holding the snapshot button and not switching between modes.

The smartphone also has a 12-megapixel front camera that supports 4K video at 30 fps and an extended dynamic dynamic range. There is also a slow-motion front-end video called Slofie (slo-mo selfies).

In addition, the smartphone has wireless charging, Wi-Fi 6, protection from dust and moisture (30 minutes at a depth of 2 meters), and its battery allows the device to work for an hour longer than the iPhone XR.

The price of the iPhone 11 starts at $ 699. Sales will begin on September 20. In connection with the announcement, iPhone 8 and iPhone XR prices has now received a price drop.

The new iPhones of 2019 is now available in Nepali market and can be purchased at OlizStore at the following prices.

Samsung Galaxy A32, A52 and A72 launched in Nepali market