Apple iPhone 14 and iPhone 14 Plus launched : Price, Specs and Features 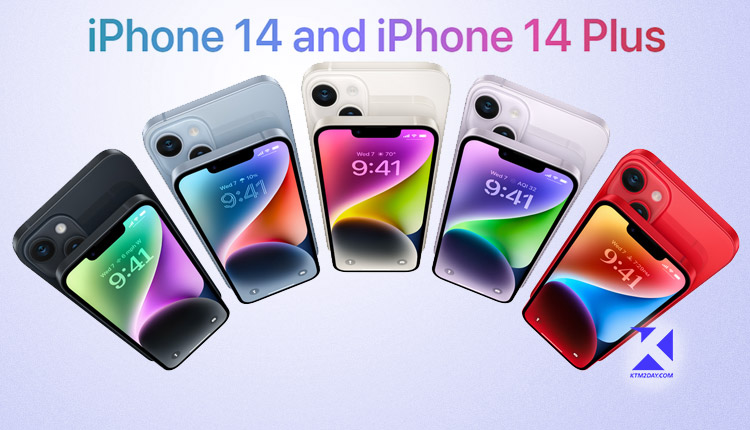 The new iPhone 14 series, which Apple introduced at its “Far Out” launch event on Wednesday, features upgraded cameras and a larger Plus variant. Along with the new iPhone, Apple also released updated versions of the Apple Watch Series 8 and AirPods Pro.

The iPhone 14 retains the previous generation’s IP68 dust and water resistance rating and features a flat-edge aerospace-grade aluminum frame with Ceramic Shield material on the front.

The phone boasts a 6.1-inch Super Retina XDR OLED display, which is an improvement over last year’s model in terms of both brightness and color accuracy. It’s claimed to have a peak brightness of 1200 nits and to be Dolby Vision-compatible.

The iPhone 14 is powered by Apple’s A15 Bionic system-on-a-chip (SoC), which also debuted last year in the iPhone 13 series. As of now, Face ID is still the sole biometric security feature offered by Apple to unlock your phone.

Although Apple does not publicly provide RAM and battery capacity for each model, upcoming teardowns by third parties should provide some insight. The iPhone 14 and 14 Plus, according to Apple, will have longer battery lives than their predecessors. 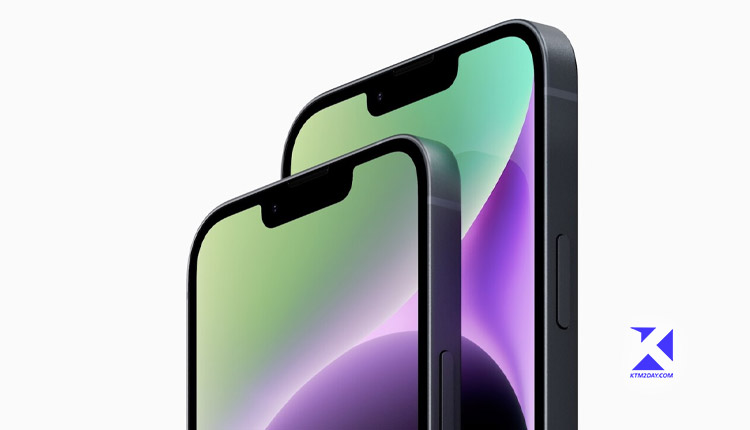 The iPhone 14’s camera is a 12-megapixel wide-angle shooter with a 1.9um sensor and an f/1.7 aperture lens. The ultra-wide angle lens has an f/2.4 aperture and a 120-degree field of view, and the sensor is 12 megapixels. Apple claims that the new TrueDepth front camera, which has a 12-megapixel resolution and an f/1.9 aperture, is revolutionary.

Apple also emphasized some of the cameras’ more impressive capabilities, such as the enhanced video recording with a new stabilization feature called Action Mode. When in this mode, the phone’s motion sensors are used to improve video correction. 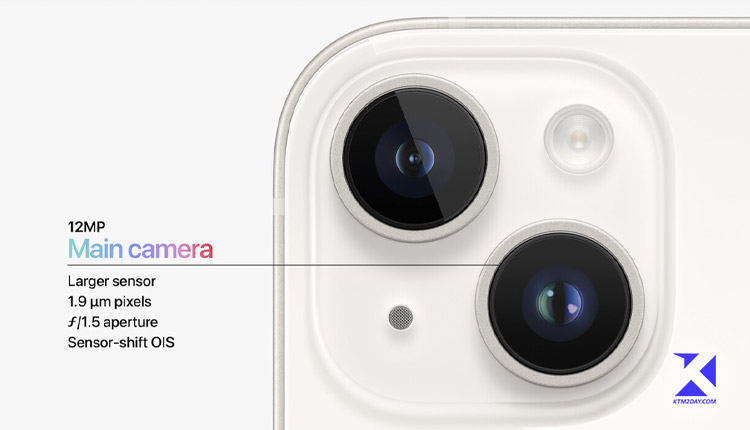 Both 4K at 30 frames per second and 4K at 24 fps can be accessed in the Cinematic mode now. A further improvement that Apple credited to the new Photonic Engine was enhanced performance in dim environments.

Claims of up to a two-fold improvement in ultra-wide camera, front TrueDepth camera, and main camera performance in low light are made.

It integrates the computational advantages of Deep Fusion into the imaging procedure. Apple also claims that the True Tone flash has been upgraded and is now 10 percent more powerful. 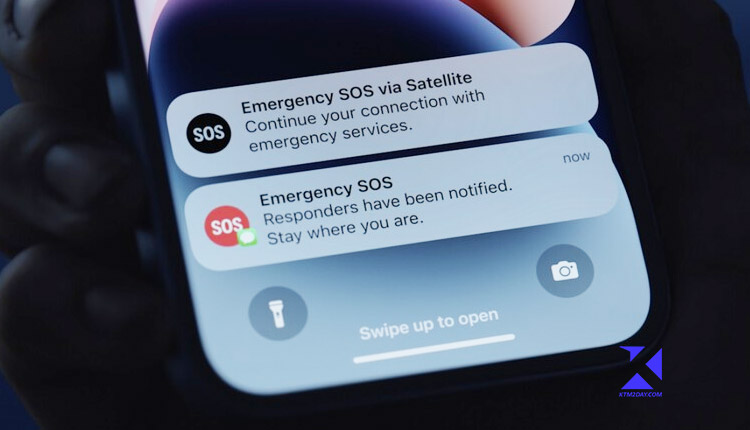 Except for the larger screen and battery life, the iPhone 14 Plus is mechanically identical to the iPhone 14.

The iPhone 14 Plus has a 6.7-inch Super Retina XDR OLED screen and, according to Apple, the longest battery life of any iPhone.

The A15 Bionic SoC is the same one found in the base iPhone 14, and the two phones’ camera configurations are likewise similar. 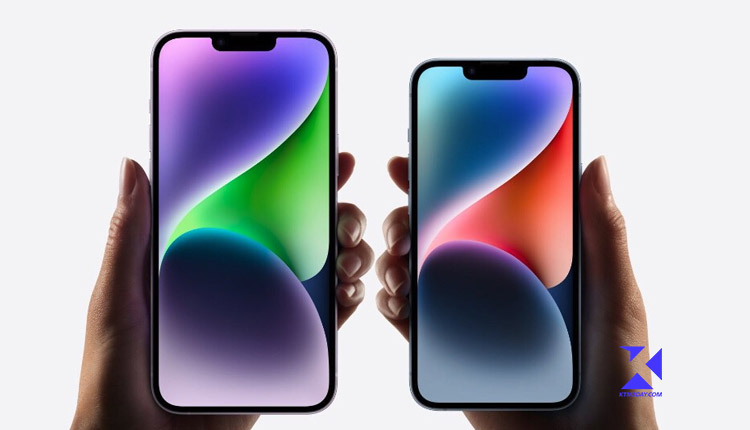 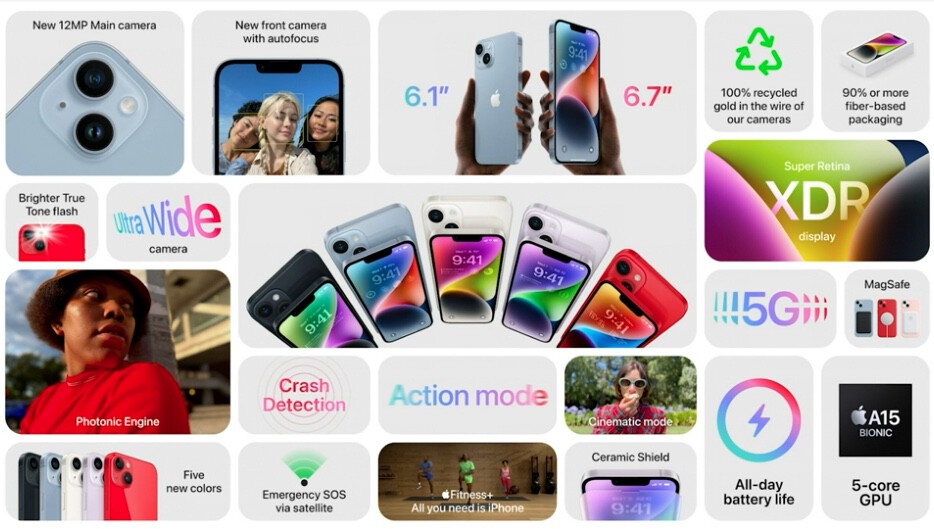 Apple iPhone 14 and iPhone Plus Price in Nepal

The new iPhone 14 will be available at an official price from $ 799, the same price level as the previous year’s model despite pessimistic forecasts.

Apple will offer the iPhone 14 in five different colors: black, white, blue, violet and red, available for pre-order in the US from September 7.

The new iPhone 14 Plus will be available at a price tag of $899. The prices will be as follows:

The price of new iPhones and it’s availability in Nepali market is currently unknown as the government has placed ban on import of mobile phones above $300.