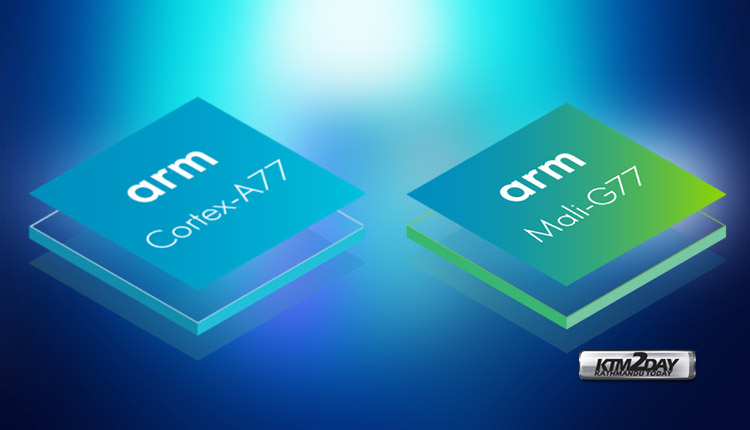 Arm has announced the Cortex-A77, the microarchitecture on which the high-end Snapdragon and Exynos socs of next year will be based. Arm has focused on increasing the number of instructions per clock cycle, or ipc.

This release includes the Cortex-A77 processor chip and the Mali-G77 graphics chip.

The biggest highlight of the A77 is 20% higher performance compared to its predecessor (A76) in performing IPC that should deliver considerably better performance on complex tasks. Most chip designs, such as Qualcomm, Apple and Samsung, work with two- or four-core processors such as the Cortex-A77 and the rest of the more energy-efficient core to perform simpler tasks. In the A77 we will have high performance chips with only 2 cores for tasks that demand high performance, opening the possibility to increase improvements in SOC components that now includes a customized Artificial Intelligence (AI) and dedicated processing for photos or images. 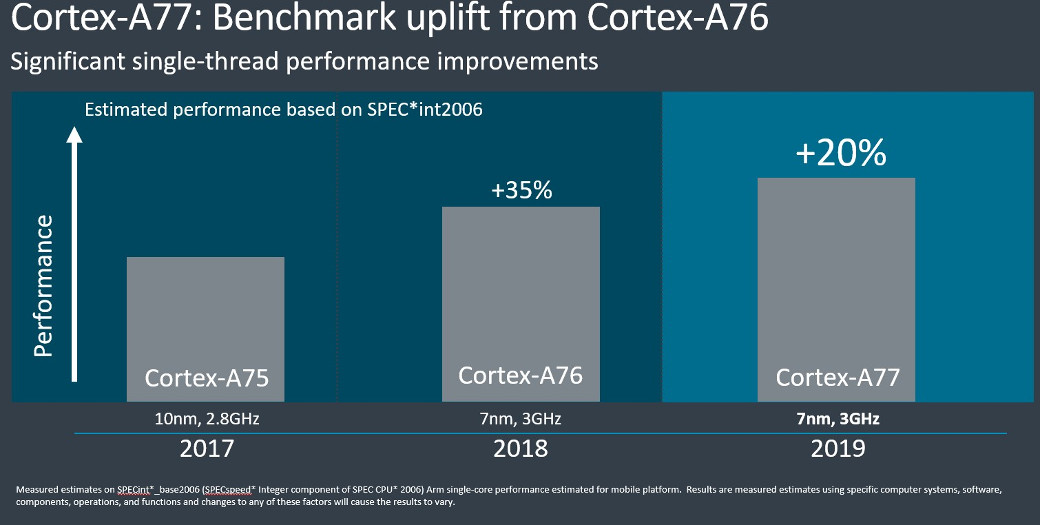 The clock speeds have not increased and no improvements in battery life are to be expected. Arm focused strongly on last year’s A76. Furthermore, the performance improvements come at a price, because the size of A77 has increased by 17 percent compared to A76. 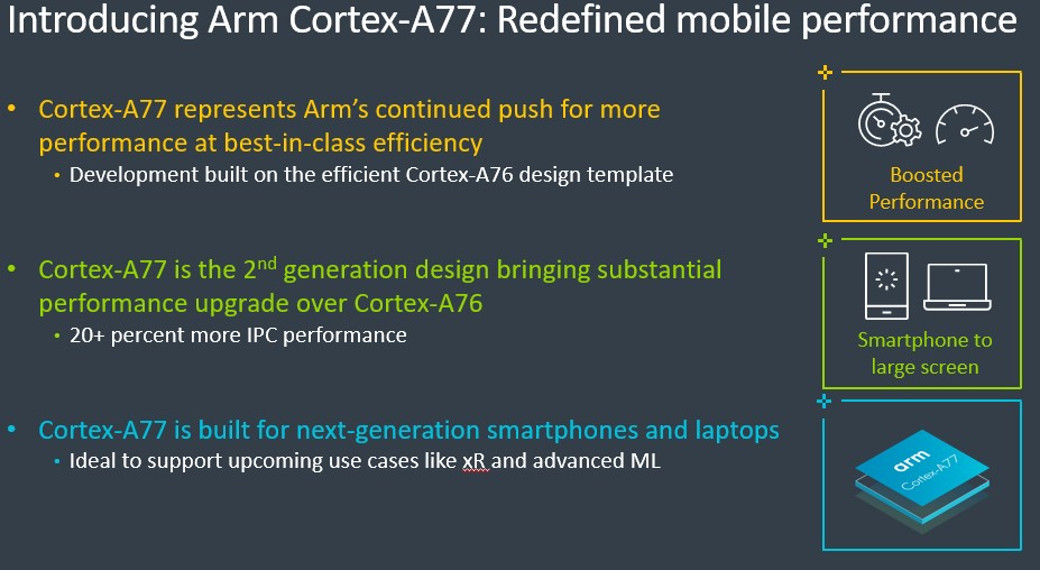 The Cortex-A77 is intended for system-on-a-chips for smartphones, laptops and other devices. The first of these will probably come onto the market next year, based on the earlier periods between announcement and market introduction. 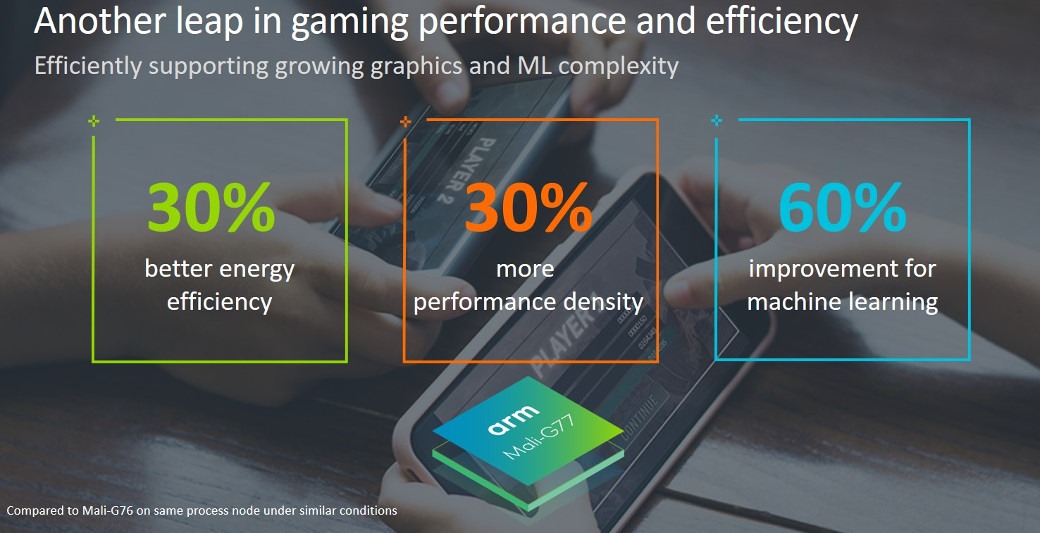 Traditionally, Arm also announces a new generation of Mali gpus. With the Mali-G77 Arm makes the transition from Bitfrost, the architecture it used for three years, to the new Valhall architecture. Overall, a 40 percent improvement in peak performance is expected for mobile devices, and energy efficiency is 1.3 times higher on average. Arm further points to the 60 percent improvement in machine learning, which is important in image and sound recognition, among other things.