On Monday, Asus 8z was introduced in India (February 28). In Europe and Taiwan, the ZenFone 8 made its debut last year. When compared to other flagships, this phone has a 5.9-inch screen, which is smaller in terms of display size. The Asus 8z has a Qualcomm Snapdragon 888 SoC and dual rear cameras. Triple microphones, OZO Audio Zoom, and a proprietary Noise Reduction technology are all included in the smartphone to help eliminate background noise while capturing video clips. The Xiaomi 11T Pro, Samsung Galaxy S20 FE 5G, and OnePlus 9RT all compete with the Asus 8z.

Specifications of the Asus 8z

ZenUI 8 is preinstalled on the dual-SIM (Nano) Asus 8z smartphone. It has a 5.9-inch AMOLED display with a 20:9 aspect ratio and a 120Hz refresh rate, which is a Samsung E4 AMOLED display. Corning Gorilla Glass Victus is also used to protect the display. With 8GB of LPDDR5 RAM and an octa-core Qualcomm Snapdragon 888 SoC, the phone has plenty of power. 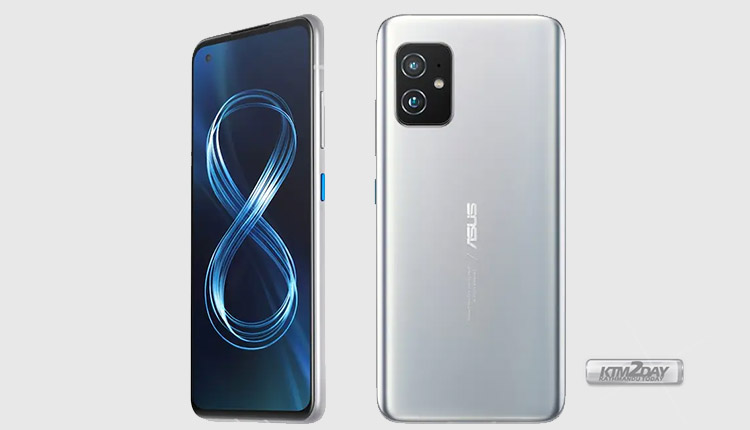 There are 128GB of UFS 3.1 storage available on the Asus 8z, and this can be expanded using an NTFS-formatted HDD. A microSD card cannot be used to expand the device’s storage.

Wi-Fi 6 and Bluetooth 5 are included, as well as GPS/A-GPS/NavIC, NFC, USB Type-C connector and a 3.5mm headphone socket for connecting headphones.

In addition to the aforementioned, a magnetometer, gyroscope, and ambient light sensor are all onboard as well as a proximity sensor. Underneath the display, there’s a fingerprint sensor as well. A stereo speaker and three microphones are also included with the phone.

Asus equipped the smartphone with a 4,000mAh battery that is compatible with Quick Charge 4.0 and Power Delivery, as well as 30W fast charging. An IP68-certified design is included in the Asus 8z In addition, the phone is 148×68.5×8.9mm in size and weighs 169 g. 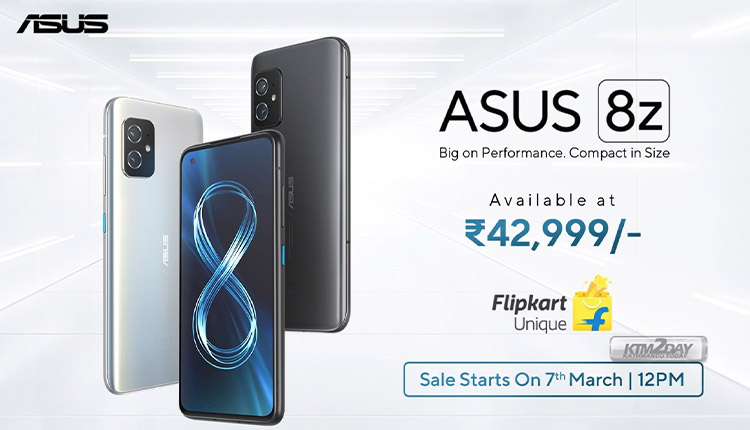 The Asus 8z has been recently launched in indian market, the device may launch in Nepali market in the near future.