Qualcomm’s flagship Snapdragon 8+ Gen 1 SoC and up to 18GB of RAM power the two gaming smartphones on the market.

Both the Asus ROG Phone 6 and the ROG Phone 6 Pro have a 6.78-inch full HD+ Samsung AMOLED display with HDR10+ compatibility and special ROG tuning technology.

Both devices include a 6,000mAh battery and a triple rear-facing camera system. 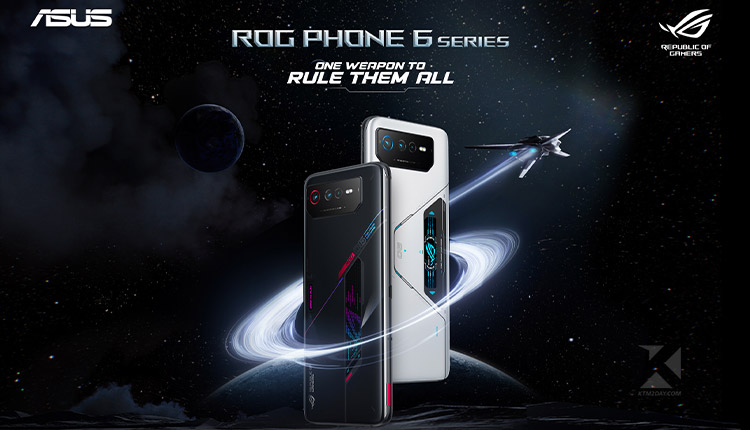 With Corning Gorilla Glass Victus protection and a PixelWorks i6 processor, both of the gaming phones have 2.5D curved glass.

Additionally, the back of the Pro variant has a tiny PMOLED display with ROG Vision.

Adreno 730 graphics are found in both the Asus ROG Phone 6 and ROG Phone 6. 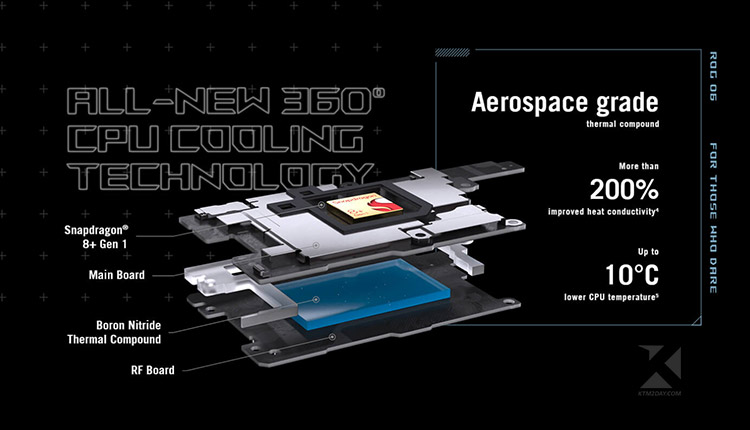 Asus has added the GameCool 6 cooling system in both smartphones.

According to Asus, this is the most significant improvement in cooling technology since the ROG Phone series was introduced.

An improved heat dissipation system is included with the new, 360-degree CPU cooling system. By up to 10 degrees Celsius, Asus claims that the performance has been significantly enhanced.

The Asus ROG Phone 6 and ROG Phone 6 Pro both include three rear-facing cameras for taking photos. 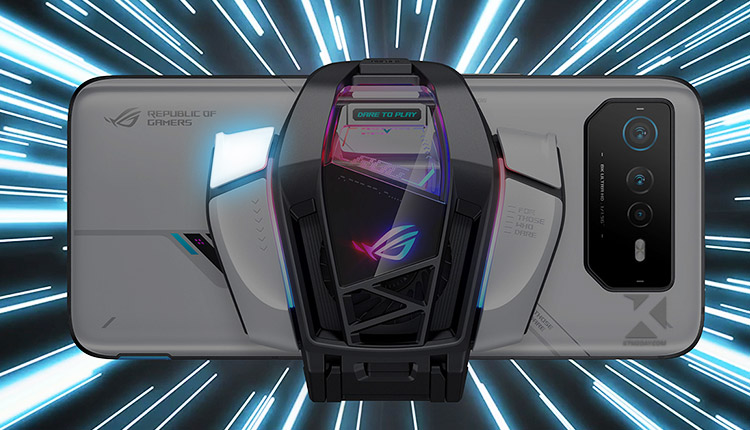 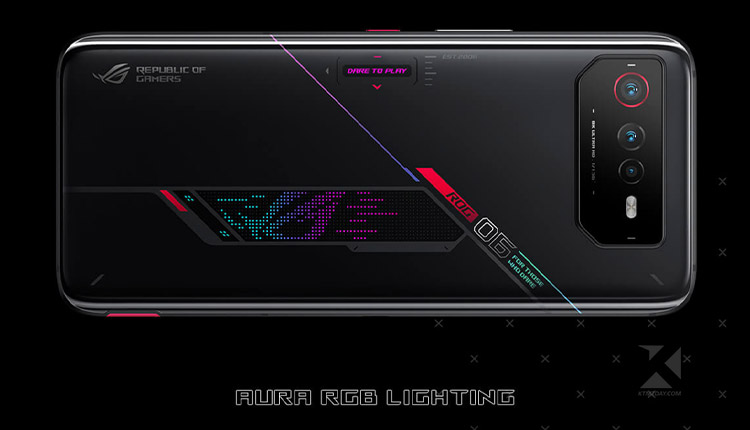 Dirac-tuned Dirac speakers are included in the package.

A water-resistant rating of IPX4 is achieved by both phones.

ROG Vision PMOLED display on back panel of Pro model vs. ROG branding logo on non-pro model is another key difference between the two phones. 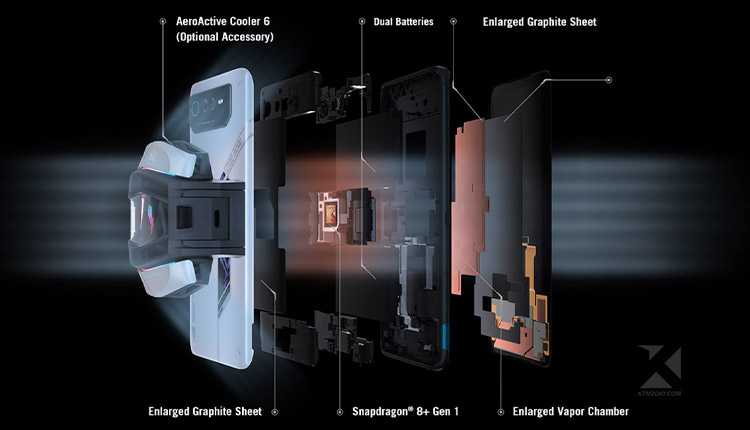 With the AeroActive Cooler 6, an integrated Thermoelectric AI Cooling System is provided to dramatically reduce the temperature of your ROG Phone whether using an Asus ROG Phone 6 or a ROG Phone 6 Pro. Wireless and powered by the phone’s battery, this add-on is an alternative.

It also comes with an expansion dock, a ROG Clip that can be attached to a PS4, Xbox or Stadia controller, and a Kunai 3 Gamepad.

Both the phones supports dual-SIM (Nano) and on the software side comes with ROG UI which runs on top of Android 12. 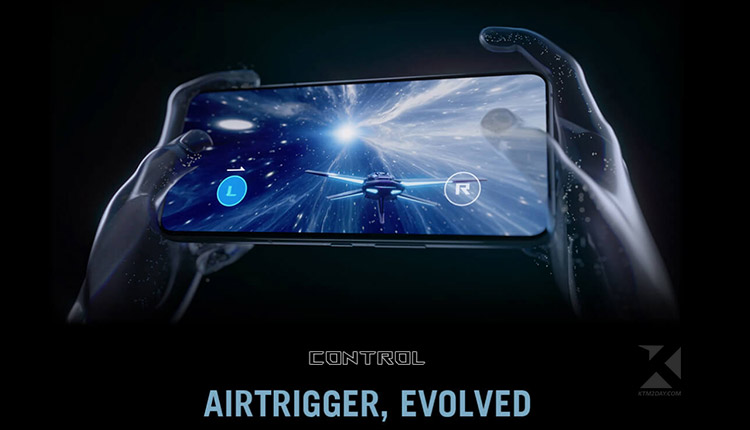 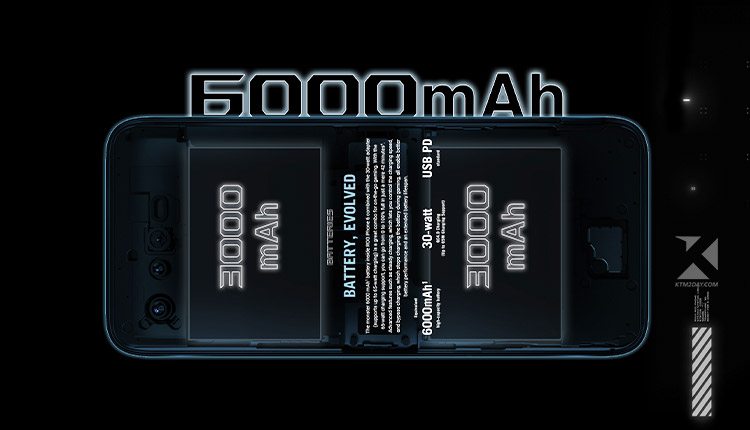 A Storm White option is available for both of these models.