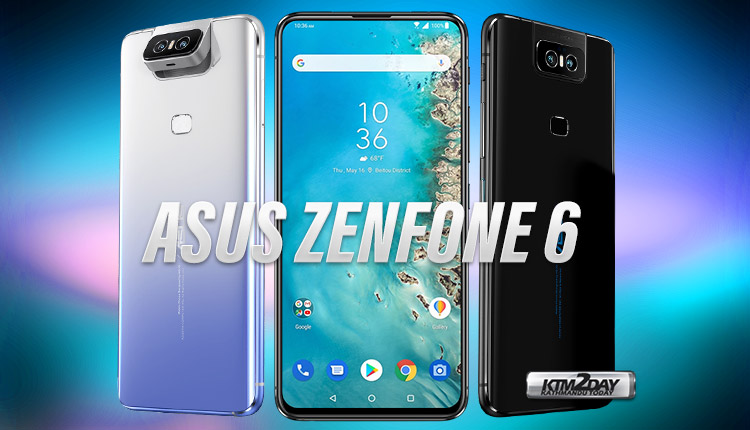 Asus Zenfone 6 2019 was launched recently with a unique innovating feature that comes with a controllable flip camera and proves to be very sturdy on the latest smartphone durability tests.

When the Zenfone 6 2019 was revealed , what stood out most in the device was its camera, it can flip and act as both selfie and rear camera and can be controlled by the user, something very cool and that allows to perform very interesting and unique tasks.

Asus in the announcement of the device has already made it clear that the flip camera phone is designed to be smart and sturdy, no matter what happens, the device will try to keep everything in place and protected.

The Zenfone 6 2019 camera has a 180 degree angle, it can be used for selfie, it is made of liquid metal and besides the fully motorized module, it has a sensor to return to the original place in case of a fall and doesn’t open when it is laid on a table top or flat surface.

But of course as a good consumer, you need to doubt what the manufacturers are talking about, and that’s  where the tests come in, to show if you really can trust what the company boasted about this phone.

JerryRigEverything again comes up with new video showing this time a tear-down test of the Zenfone 6 and further demonstrates the camera sturdiness by performing a set of tests .

You can check the entire video which shows the device run through a range of testing performed by the Youtuber, but let’s highlight the most important part, specially the camera.

At the beginning we can observe the operation of the flip camera of the Asus Zenfone 6 2019, which is very safe, opening and closing when there is no object to disturb.

Soon after we have a mini test to find out if the camera really comes back to it’s original place in case of a smartphone crash.

Near the end of the video, the phone is placed on the table and the command to close the camera is given, but the phone does not close, as there is something hindering the closing.

Finally, the Zenfone 6 2019 has its camera pressed all around, and is even only held by the camera and in the end it does very well in all tests, the mechanism continues to work after everything that has passed.

The Zenfone 6 2019 is an excellent flagship, has interesting specifications such as Snapdragon 855, but its highlight is the controllable flip camera, which as we can see in the video, is very resistant in case of accidents.

For those who were afraid to buy the device, the test shows that in relation to the camera, Asus was very efficient in the protection issue, which will leave the camera mechanism running at all times.

Asus Zenfone 6 2019 has been recently launched in Indian market as a Asus 6Z and is priced at around INR 31,999 which converts roughly to Nepali Rs 50,000. The device may be launched in near future in the Nepali market.