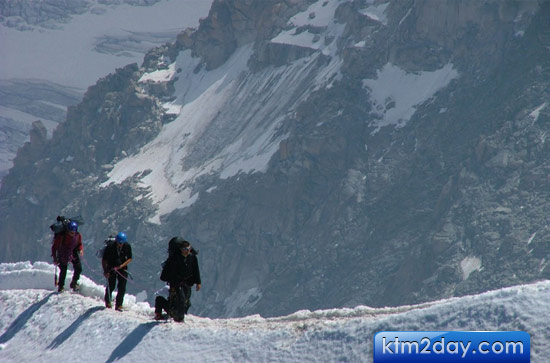 Ministry of Tourism and Civil Aviation has issued nine permits for expedition for the autumn season.

According to the ministry, autumn season — September to November — is the second best season after spring — March-May — for expedition.

“Number of expedition team during autumn is comparatively lower than the spring season and the mountaineers also aim to climb peaks lower than 8,000 metre,” said immediate past president of Nepal Mountaineering Association Ang Tshering Sherpa. Climbers from Japan, Canada, UAE, and Czech Republic have already started their expedition for the autumn season, he said.

Spring season is the most favourable season for mountaineers interested in climbing more than 8,000 meters like Mt Everest, Kanchanjunga, Lhotse, Makalu, whereas mountaineers scale mountains lower than 8,000 metre like Choyo, Dhaulagiri, Manaslu, Annapurna during the autumn season, he informed. The ministry has started issuing the permit for autumn season from August 29.

KATHMANDU: There are mainly four mountaineering seasons — spring (March-May), summer (June-August), autumn (September-November) and winter (December-February). But spring (March -May) is considered the best season for mountaineering. The first climbers of Mt Everest Tenzing Sherpa and Sir Edmund Hillary had also scaled the highest peak of the world during spring season, according to the ministry.(Source:THT)