Banking in Nepal: Exciting Times Ahead 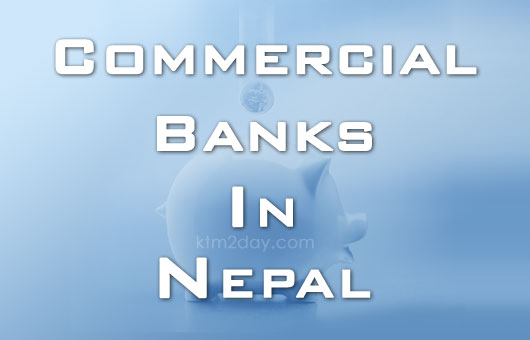 It is apparent that Nepali banking space is crowded with 32 Commercial Banks, 88 Development Banks, 70 Finance Companies and several cooperatives undertaking banking transactions. For this reason, implementation of major changes affecting the industry becomes challenging and at times smaller players find it difficult to cope with such changes. It is also observed that the changes that are easily absorbed by the bigger players become bottle necks for smaller entities.

The banking industry in Nepal is likely to pass through few important policy changes (or challenges) in the near future. These changes, mostly being introduced by the regulator, are likely to be in the best long term interest of the Industry and are expected to have a far-reaching impact on the industry in Nepal.

Some of the changes in its order of implementation are Base Rate, ICAAP, Interest Rate Corridor, IFRS and BASEL III.
Regulations for some of the changes have already been released, and for others, it is a matter of time before the industry brace itself for it. Some of the changes and its impact on the Industry are assessed below.

Base Rate Regime
Nepal Rastra Bank (NRB) has come out with its final guideline relating to the Base Rate after several rounds of consultations on the draft guideline, within Nepal Bankers Association and NRB. The final set of guidelines is due to come into effect from mid Jan 2013.

The Base Rate of a particular bank is calculated by taking into account various components, such as the cost of funds, operating costs, the cost of maintaining statutory reserves like Cash Reserve Ratio (CRR) and Statutory Liquidity Ratio (SLR) etc and after addition of a reasonable return on the bank’s assets. In most of the countries, where the Base Rate is in practice, banks are forbidden from lending below the Base Rate except for direct lending in the deprived and priority sector.

However, due to concerns raised by new and smaller banks in Nepal, the central bank has not made it mandatory for banks to lend above the Base Rate. Nonetheless, in clear terms the central bank has stated that it would be suicidal for banks to lend below their Base Rate as it would mean lending below the actual all inclusive cost. It is a matter of time before lending would be permitted only above the Base Rate and the new and smaller banks will have to think of strategies to protect their customer base which making efforts to sustain and grow their business. Introduction of the Base Rate in Nepal is a welcome change that will lead banks to be more transparent.

In future, when most of the loans would be linked to the Base Rate, banks’ income streams would be determine by rate changes that would have a direct correlation on its profitability. As most of the loans currently in the Nepali banking arena are fixed rate loans, the changes in interest rates rarely have any impact on the existing book. In the next few years, it is inevitable that almost entire lending space would be linked to the Base Rate and the income streams will thus move according to the Base Rate changes. In order to cope with this, the asset liability committees in banks will have to play a key role in ensuring that the internal pricing mechanism of banks and financial institutions are robust.

IRC refers to the difference between Repo and Reverse Repo rate wherein the Reverse Repo rate acts as a floor and the Repo as the ceiling. Ideally, the rates in interbank overnight market are supposed to move within this corridor. If the market rates are outside this range, in such cases the banks will resort to the central bank either to borrow or lend at fixed predetermined rates.

The window or the difference between the Repo and the Reverse Repo rates are generally decided by the central banks based on their objective to maintain interest rates in a particular band in the system.

In Nepal, we have the provision for Standing Liquidity Facility where banks can borrow from the central bank at 8 percent to the extent of 90 percent of the market value of government securities.

For a healthy and stable growth of the economy, introduction of the IRC is indeed a necessity. This will bring a lot of predictability to the profitability of the banking sector and the central bank would be able to control not only the liquidity in the system but also the general interest rates in the economy.

The introduction of the Base Rate and the IRC is not only expected to benefit the industry but also help in pricing the liquidity appropriately. This will also curtail practice of interest rate undercutting by the players and improve overall banking experience for the end customer.

Gundewar is CFO at Standard Chartered Bank Nepal Limited and the views expressed in this article are entirely personal.