Boston Dynamics robots surprise yet again with a new demonstration of their capabilities. The Hyundai-owned company shared a video in which two Atlas robots complete a parkour routine, which includes a synchronized finish with two backflips.

While it’s not the first time the humanoid robot has performed such a task, it does bring with it several new features and improvements. In this case it is not an exercise programmed to the millimetre and executed over and over again; this time the movements are based on perception, as the machines scan and react to what surrounds them.

Let us be clear: this does not mean that they are aware and carry out the task according to their own will. What Boston Dynamics has achieved is that Atlas responds on an orderly basis, without the need for engineers to tell it what actions to take in a given situation.

In this iteration of parkour, the robot is adapting behaviors from its repertoire based on what it sees. This means that engineers don’t need to preprogram jump movements for all possible platforms and gaps you can find. Instead, the team creates fewer behavior templates that can be adapted to the environment and run online.

The videos of Boston Dynamics robots dancing or doing parkour are fantastic promotional tools that accumulate millions of views on the web. However, there is a much deeper reason why Atlas and Spot show that they are capable of doing so: that the technology that powers them is evolving by great strides. 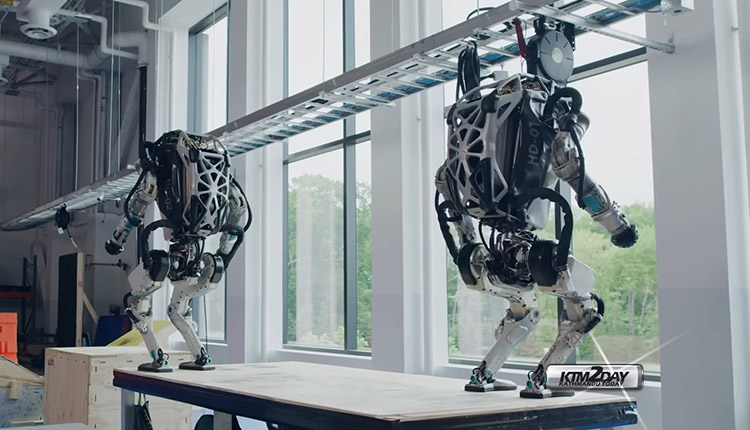 The company itself acknowledges that there is not much business opportunity behind a humanoid robot that simply knows how to do a flip. But the bigger picture exposes that such devices are increasingly capable of replicating human movements. They achieve this with great naturalness, even when encountering challenges related to their “physical context”.

As Atlas is a research platform and not a robot for sale to the public,it is proposed that all the technology developed in this project achieve a practical application in the years to come.