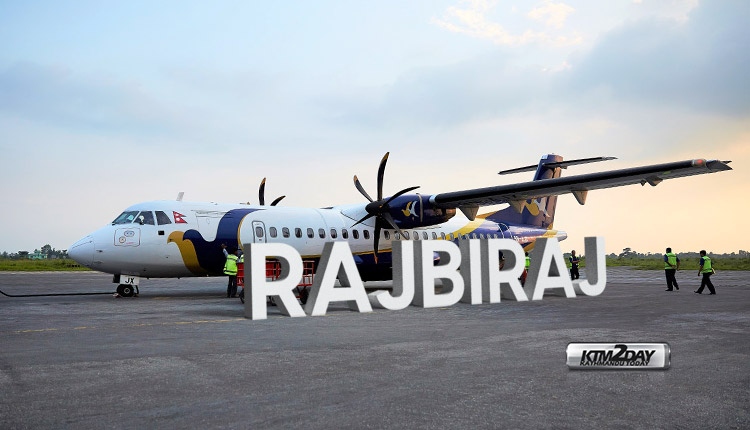 Buddha Air, a private airline company of the country, has started its direct flights in Kathmandu-Rajbiraj sector from today.

With ATR 72 aircraft, the company has begun operating one daily flight in this sector. As a promotional fare, the airline has set ticket price at Rs 2,500 per person.

Likewise, Rajbiraj is also quite near the border side areas of Saharsa, Supaul, Nirmali, Birpur, Raghopur, Pipara, Pratapganj and other destinations of India. Hence, the flight operation in this sector will enhance the travel convenience for tourists from both Nepal and India, Buddha Air stated.

Amid this, the Civil Aviation Authority of Nepal (CAAN) is renovating the Rajbiraj airport. CAAN recently completed the construction of a new terminal building at Rajbiraj airport, while the blacktopping of the runway is ongoing. It also plans to prepare a master plan for the development and expansion of the airport.

Meanwhile, Buddha Air is set to begin direct flights in Pokhara-Biratnagar route from February 3. The company will operate three flights — Mondays, Wednesdays and Saturdays — in this route.

It is also operating an international flight from Kathmandu to Varanasi in India.