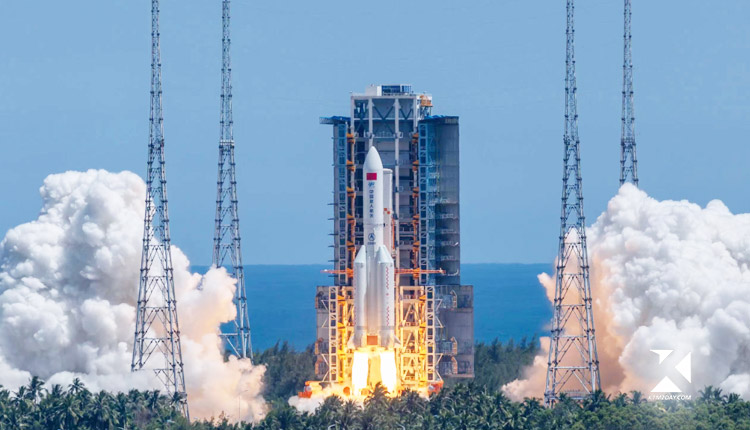 China launched the second of three modules for its permanent space station on Sunday, one of the final missions required to complete the orbital outpost by the end of the year.

The 23-ton Wentian (“Quest for the Heavens”) laboratory module was launched on China’s most powerful rocket, the Long March 5B, at 2:22 p.m. (0622 GMT) from the Wenchang Space Launch Center on the southern island of Hainan, according to a live stream on state broadcaster CCTV.

The separation of the Wentian from the rocket approximately 10 minutes after launch was greeted with applause and cheers by space agency personnel witnessing the launch via live feed from a control room.

The launch was a “perfect success,” as reported by CCTV immediately thereafter. 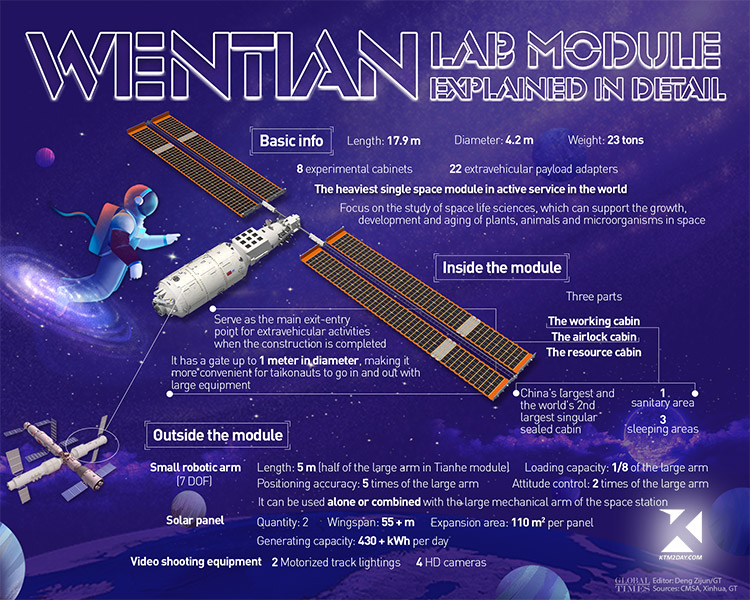 In April 2021, China began construction of the space station with the launch of the Tianhe module, the primary living quarters, in the first of 11 crewed and uncrewed missions.

The 17.9-meter-long (59-foot-long) Wentian lab module will be used by astronauts to conduct scientific research, together with the lab module Mengtian that has yet to be launched (“Dreaming of the Heavens”).

When Wentian is built, the airlock cabin will serve as the primary exit-entry point for extravehicular activities. It will also function as temporary living quarters for astronauts during crew rotations on the station, despite being meant to house only three astronauts permanently.

Mengtian will launch in October and, like Wentian, will dock with Tianhe to form a T-shaped structure.

The completion of the building, which is approximately one-fifth of the International Space Station (ISS) in terms of mass, is a source of pride for the average Chinese citizen and will mark the culmination of President Xi Jinping’s 10 years as leader of China’s ruling Communist Party.

Chen Dong, Liu Yang, and Cai Xuzhe are aboard the space station as members of the Shenzhou-14 mission crew. They are scheduled to return to Earth in December, when the Shenzhou-15 crew arrives.