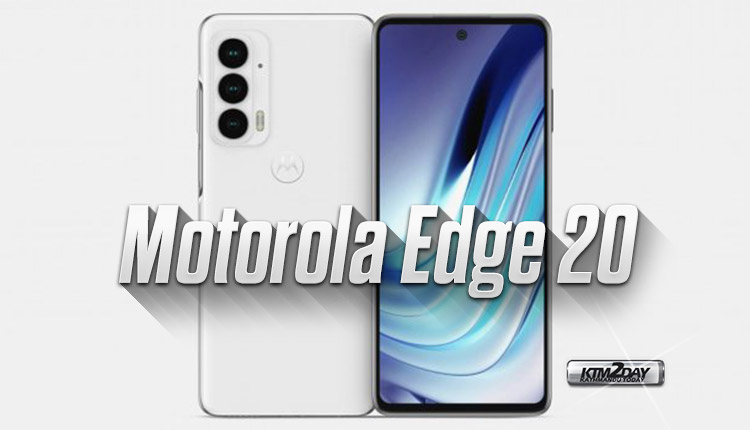 Motorola has two new smartphones in the pipeline: the Motorola Edge 20 and the Edge 20 Plus. Renders of the cheapest model have been leaked, which puts the device in the spotlight from all sides.

The unannounced Motorola Edge 20 and Edge 20 Plus first made headlines a while ago, when the phones were spotted in a series of TENAA listings. Thanks to well-known leaksters PriceBaba and OnLeaks, we now have renders of the Edge 20 in our hands. A number of leading specifications have also been leaked.

Unlike last year, the Motorola Edge 20 and Edge 20 Plus won’t be powerful flagships. The latest leak suggests the Edge 20 is powered by the Snapdragon 778 chipset. This is a slightly less powerful version of the Snapdragon 780, which we saw earlier in the Xiaomi Mi 11 Lite.

In the camera module on the back of the phone, we’ll probably find a 108-megapixel main lens, a 16-megapixel wide-angle lens, and an 8-megapixel telephoto lens. The phone is expected to last all day, thanks to a 4000 mAh battery.

The date when Motorola will announce its new smartphones has not yet been confirmed. As more and more details of the Edge 20 and Edge 20 Plus become known, the launch doesn’t seem far away. Motorola recently announced an event for July 29.