A video posted on YouTube’s LiveLeak channel shows the moment when an electric car explodes in China; the vehicle caught fire while recharging its batteries. According to the InsideEVs website, the incident took place in Sanming, southern China, on August 20.

In the images you can see when the vehicle starts to smoke while charging. Firefighters were called in and tried to cool the car by spraying water when the explosion happened, with enough force to knock the vehicle’s doors several meters away. Despite the explosion, no one was hurt. See the moment of the explosion in the video below:

The vehicle appears to be a BAIC BJEV EC5, an electric version of the BAIC X25 produced by the Chinese automaker BAIC (Beijing Automotive Industry Corporation). The car was launched in mid-2019 and is a low-cost model, priced at around Nrs 19 Lakhs. The engine has a power of 80 kW, and the autonomy is 403 km.

Water should not be used to fight fires with lithium batteries (such as those used in cell phones and electric cars) because when water and lithium are combined, the release of gaseous hydrogen, which is highly flammable, can occur. This was probably the result for the explosion shown in the video. 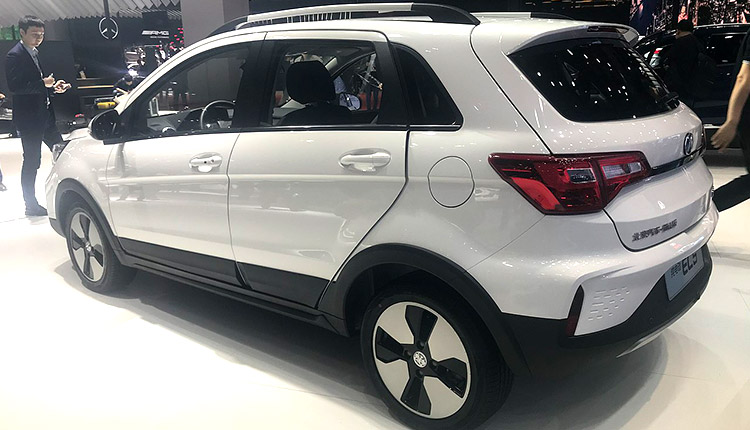 It is not the first time that we have heard of electric cars on fire while charging. In April last year, security cameras caught a Tesla Model S that caught fire and exploded while recharging in a parking lot in Shanghai.

Less than a month later, another Model S caught fire while recharging, this time in the parking lot of a shopping mall in Hong Kong . According to local authorities, the Model S caught fire 30 minutes after being parked in the shopping center, and three explosions were heard before it was consumed by the fire. Firefighters arrived at the scene about 45 minutes later to put out the flames, and no one was hurt.

In June 2019 a Model S caught fire while recharging at a Supercharger station in Belgium . The car and the charger were completely destroyed. After controlling the flames, firefighters dipped the car in a tank with water for one night, to prevent it from burning again.