Electricity Authority will no longer cut internet and cable wires Nepal Electricity Authority (NEA) has been cutting the wires of internet (optical fiber) and cable televisions for some time.

The NEA had severed the lines in various parts of the country since the internet service provider had failed to pay the service charge.

“Internet service providers and cable television operators have not paid much.” According to reports, the Telecommunications Authority would help solve this issue.

“For a while now we don’t cut the wire. We will move forward after discussion, ”said Manoj Silwal, Deputy Executive Director of NEA. He further added, “But if the problem is not solved, we will still be forced to cut down the wire.”

The NEA and the internet service provider firm are at odds about the two-year pole charge after August 2075.

According to NEA officials, businesses were invited to participate in a conversation but did not show up. However, businesses claim that the NEA has increased the rent without consulting them first.

However, company owners claim that the NEA has unilaterally hiked the rent several times over. According to Deputy Executive Director Silwal, after failing to pay the pole rent for two years, the service providers ignored the NEA’s repeated notifications. 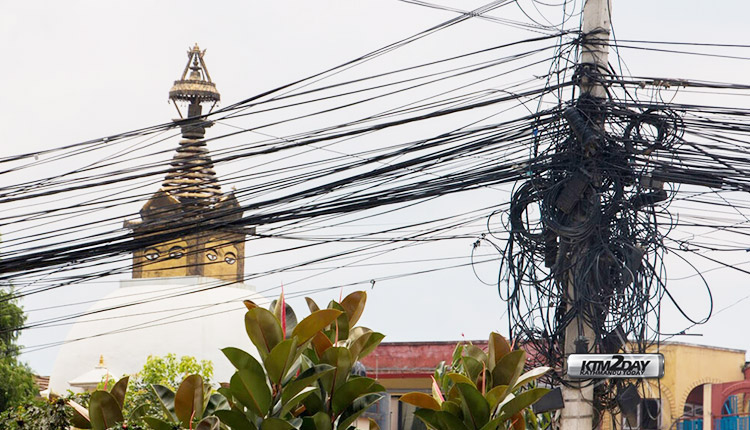 “We last published the information in August, but we had to cut the wire due to a lack of hearing,” he explained.

Similarly, charges for optical cables from 25 to 48 cores has been fixed at Rs 15,000 per year for metro and sub-metro areas while the prices remains same of Rs 7000 per year for rural areas.

Previously, internet service providers opted to raise internet fees because they were in financial burden. Hence, ISPs had requested to the Telecommunications Authority that the internet cost be increased by up to Rs 300 per month per customer.

Santosh Poudel, Director of Telecommunications Authority, recently informed that the tariff hike proposed by ISPs has been revoked. “We’ve already stated that coordination must be prioritised. We have already requested that this disagreement be resolved by the Ministry of Communications. ‘I think the matter will be settled shortly,’ he said.

In his words, the NEA had previously been asked to participate in conversations on numerous occasions, but had declined each time.