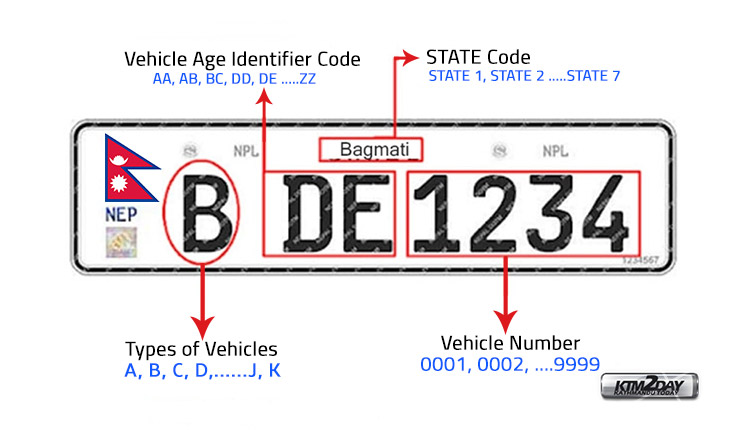 The government has decided to make embossed number plates based on digital technology mandatory on all newly registered and renewed vehicles from July 16(Shrawan 1) onwards.

The Department of Transport Management is going to make it mandatory for new vehicles to be registered and renewed from July 16 to implement the embossed number plate.

Director General of the Department, Namaraj Ghimire, said that there is a plan to make it compulsory for other vehicles as per the lot.

Meanwhile, the embossed number was postponed after a case was filed in the court. It is being resumed after the court dismissed it. 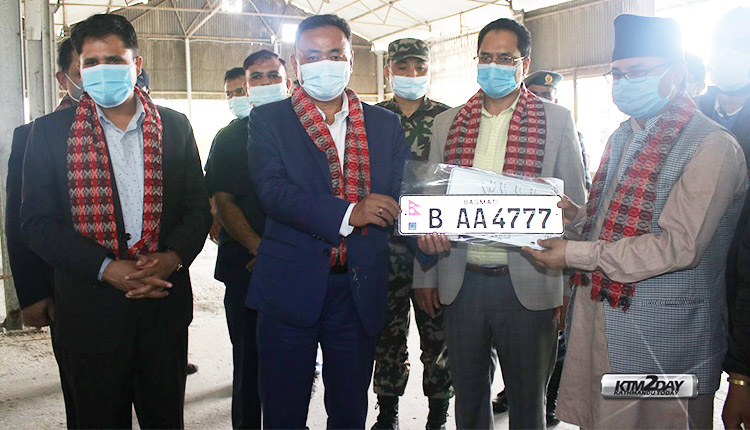 “The department will release further information about vehicles with lot numbers and appropriate deadlines for switching over to embossed number plate,” he said. “Most of the government vehicles have already been implemented with embossed plates. We are making it compulsory for the private, public and the rest of the vehicles according to the lot. ‘

In next year’s budget statement, it is mentioned that embossed numbers with radio frequency identification(RFID) will be distributed in all the vehicles registered in the country from all the states.

According to the statistics released by the department, the number of vehicles registered across the country is around 3.7 million. Out of which 3.2 million are in active state. The target is to install embossed number plates on 1.2 million vehicles next year.

According to the department, it takes more than three years to install embossed number plates on all vehicles across the country. 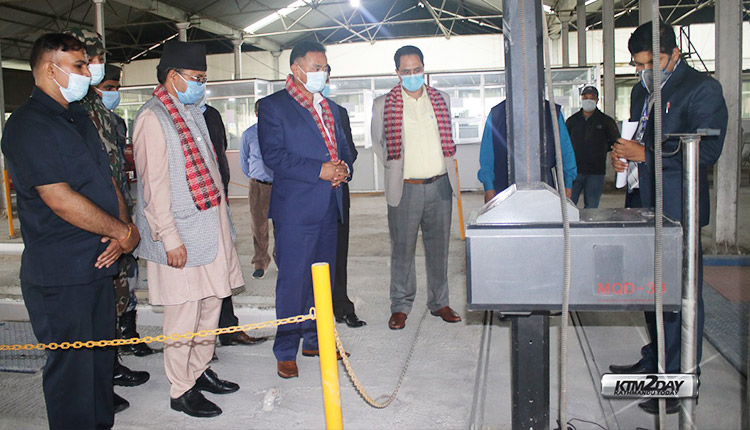 After the implementation of the embossed number plate, a writ was filed in the Supreme Court demanding to stop it saying that it looked like that of India, was not in Nepali language and there was even financial manipulation involved.

In the writ, a bench of the then Chief Justice Gopal Prasad Parajuli had issued an interim order not to implement the embossed number plate for the time period.

The Ministry of Physical Infrastructure and Transport has entrusted the Indian company Decatur Tiger to make 2.5 million embossed number plates within five years at a cost of USD 43.787 million.

The agreement expires in August. The department is preparing to extend the time as there is no problem on the part of the company and there is an internal problem of the client itself. Officials of the department say that the required time will be added. 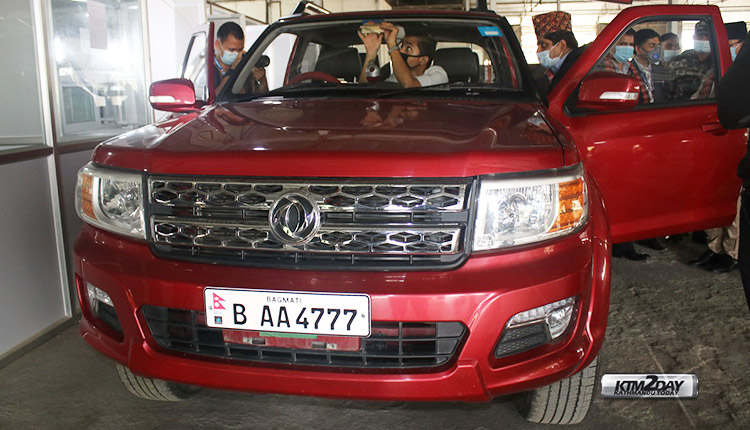 What is an embossed number plate ?

The chip is placed on the vehicle with the embossed number plate attached. The chip contains all the details related to the vehicle. Vehicle tracking gates are constructed at various places to ‘read’ the chip. The details of the vehicle crossing the gate are ‘read’ and the gate itself makes ‘auto entry’. The details of which can be seen by the traffic police from their own office.

The department has divided the two-wheeler, three-wheeler, four-wheeler and heavy vehicles into four parts and fixed the tax rate on the number plate.

The price has been fixed at Rs 2,500 for two-wheelers, Rs 2,900 for three-wheelers, Rs 3200 for four-wheelers and Rs 3,600 for large vehicles. The 23 types of number plates currently in use will be replaced by five different embossed number plates.

The President’s vehicle will have the flag of Nepal, light blue from below, dark blue, NEP letters , and under it, the mark of Nepal with red gourds.

Getting a new Embossed Number Plate?