GO Ford, the authorized distributor of Ford vehicles for Nepal, has launched the all-new Ford Ranger Raptor in the domestic market under its pick-up segment.

The all new Ranger Raptor is a downsized version of the high-flying, velocity-defying F-150 Raptor.

As with its big brother, the off-road-ready Ranger will also feature flared fenders, rugged tires, extra ground clearance, and an unmistakable grille. While it will ride on the same fully boxed ladder frame as the regular Ranger, the Raptor will receive a long-travel suspension for optimal trail ratings as well as a more powerful engine for quicker off-road runs.

The Range Raptor makes use of an all-new twin-turbo, 2.0-litre engine. Its peak power is a healthy 210hp with a solid 500Nm of max torque. The car’s four-wheel-drive system channels power via a new ten-speed automatic gearbox, which was co-developed by General Motors and Ford. Apart from more power under the hood, the Raptor gets other bespoke bits under its skin, too. There’s a long-travel suspension with Fox Shox, aluminum upper and lower control arms, heavy duty skid plates and underbody protection. The front and rear tracks have also been widened. Thanks to a 283mm ride height, the performance-oriented Ranger Raptor has an approach angle of 32.5 degrees, a ramp over angle of 24 degrees, and departure angle of 24 degrees.

The Range Raptor also comes with a six-mode Terrain Management System (TMS) across high-range and low-range settings and also includes a Baja mode. Named after the famous Baja 1000 desert race, the Ranger Raptor’s Baja mode is designed for high-speed dune-running, allowing a lot of slide at the wheels under power and braking, and holding gears longer for flat-out performance. Additionally, the Raptor gets mean­-looking 17-inch alloys with meaty 285/70 R17 BF Goodrich rubber. It also gets big 332mm disc brakes, all around. 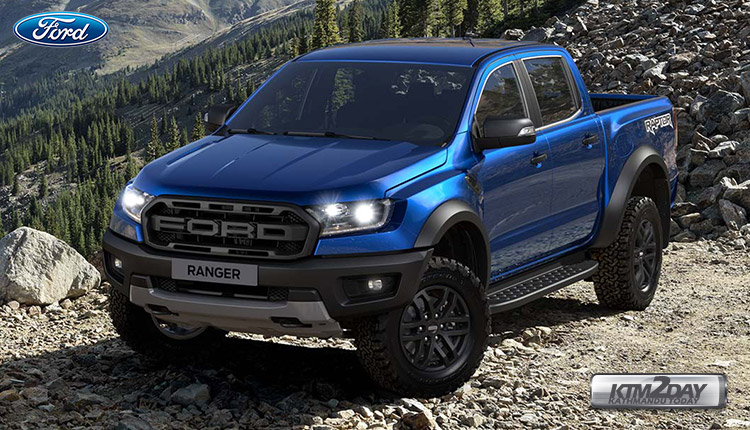 New on the inside are suede and leather seats with blue stitching; the instrument cluster is also unique to the Ranger Raptor. It also gets an 8.0-inch infotainment system with Sync3 bundled with Apple CarPlay and Android Auto. The steering wheel gets blue stitching with perforated leather and magnesium paddle shifters.

The Ford Ranger on which the Raptor is based shares a lot of its underpinnings with the Endeavour SUV. 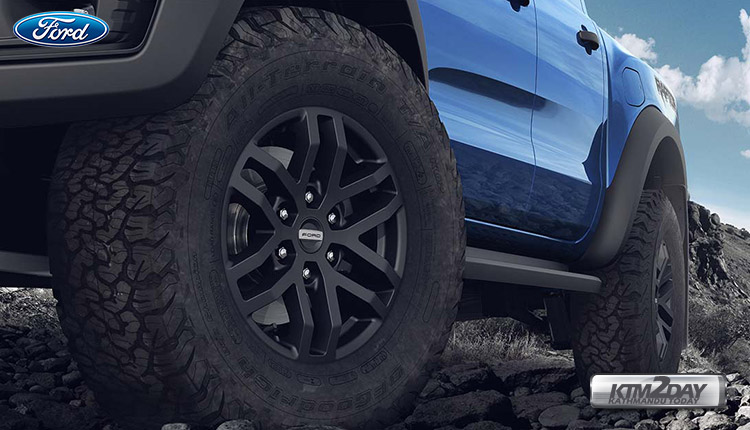 Go Ford , has priced the vehicle at a starting price of NRs.1.25 Crore.