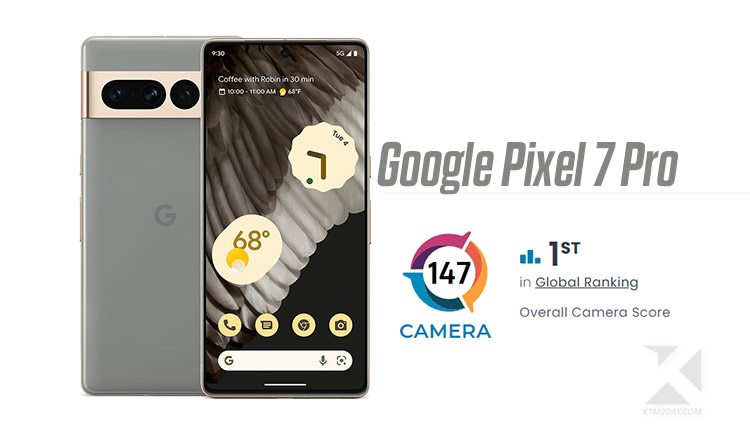 The Google Pixel 7 Pro, which has the newer and more powerful Tensor G2 SoC, was introduced last week in India. The latest flagship smartphone from Google is now the best smartphone in terms of camera quality, according to DxOMark.

The aggregate score for the Google Pixel 7 Pro is 147. It comes with a 50-megapixel main camera, a 48-megapixel telephoto lens, and a 12-megapixel ultra-wide camera, all located on the back.

DxOMark has released a comprehensive assessment of the new Google Pixel 7 Pro camera. The Google smartphone’s camera has been rated 147th overall, according to the benchmarks. The iPhone 14 Pro scored 146, so you can see the difference here.

DxOMark’s ranking of best smartphones with cameras has been updated to include the Pixel 7 series phone and the Honor Magic 4 Ultimate. The iPhone 13 Pro, the iPhone 14 Pro, and the Huawei P50 Pro come in at number three, four, and five, respectively. 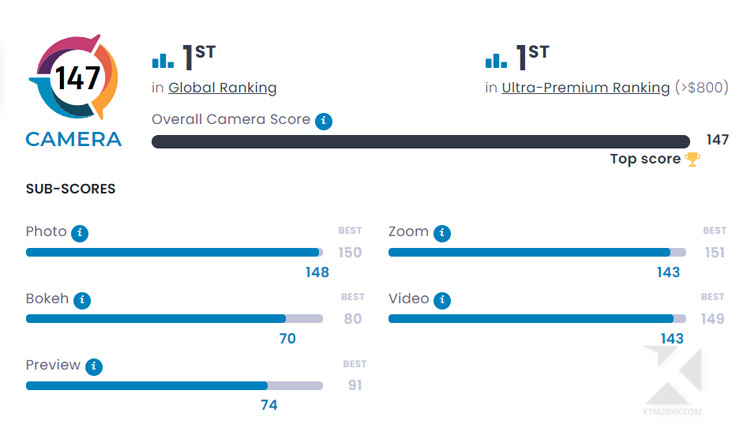 Google’s Pixel 7 Pro scored a perfect 148 for still photos, 143 for zoom, and 143 for video. Preview was a 74 and Bokeh was 70 on the phone. In my experience, the current smartphone excels at taking images and films in any lighting. The DxOMark team has given some side-by-side images so you can see the improvements in action.

The ultra-wide camera on the Google Pixel 7 Pro received 111 points from DxOMark evaluators, while the telephoto capabilities received 109 points.

The photo’s exposure rating was 113, while its color rating was 119. According to DxOMark, the phone captures fine detail from wide-angle to telephoto. The benchmarking site found significant enhancements in areas including good contrast backlit portrait settings and fast and precise autofocus in photographs and video. 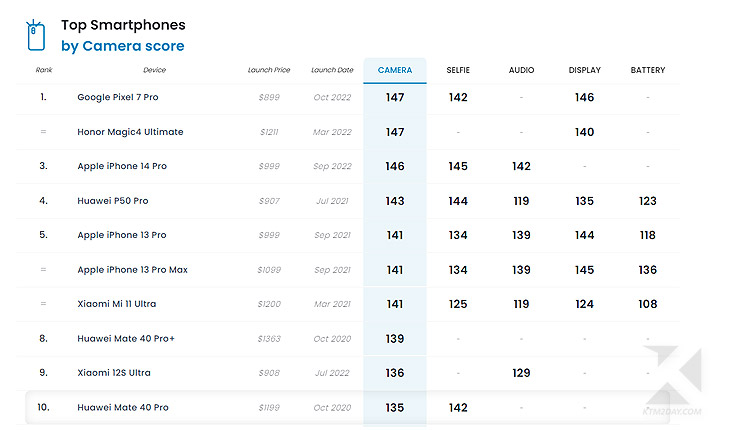 Pixel 7 Pro video recording has also been upgraded, with a score of 106 for exposure and 110 for colors. The iPhone 14 Pro, its closest competitor, received 149 points from DxOMark for its video capturing capabilities, making the iPhone 14’s 143 scores seem a bit lacking. In the meantime, the Honor Magic 4 Ultimate only managed a score of 137.

It has been noted by DxOMark that the Pixel 7 Pro’s camera produces grainy shadows in low-light and high-contrast settings. The website also lists color distortions in indoor video, a loss of information at the highest zoom levels, and image noise in extreme close-ups as negatives.