Government plans to bring 40,000 Nepalese back home from Friday 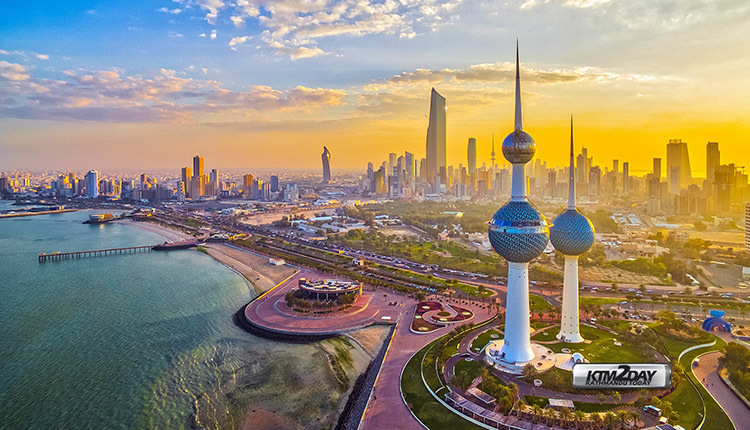 After the plan to evacuate stranded Nepali citizens from several countries was approved by the Cabinet a few days ago, the government is gearing up to bring them home on priority basis from Friday.

Narayan Bidari, secretary at the Office of the Prime Minister and Council of Ministers, said the rescue operation would start from Kuwait. “We have made arrangements to operate a daily flight to one country, with a total of 10 flights a day.”

He added that if for some reason the evacuation did not begin on Friday, it would begin a day or two later.

According to Bidari, the government is preparing to repatriate 2,500 to 3,000 people in one day. After they touchdown at Tribhuvan International Airport, the returnees will be categorised as per their province and put up in party palaces in Bhaktapur, Kathmandu and Lalitpur.

Later, with the help of local levels, Nepal Police and Nepali Army, they will be sent to their respective districts.

Kedar Bahadur Adhikari, secretary at the Ministry of Culture, Tourism and Civil Aviation, said four aircraft of Nepal Airlines and four of Himalayan Airlines would be used for rescue operation.

He said Buddha Airlines’ planes would also be used, if necessary, for evacuating Nepalis from nearby destinations.

He said a maximum of 250 people could be accommodated in a wide-body aircraft and no more than 140 in a narrow-body aircraft.

As per the revised plan, the government estimates that around 40,000 Nepalis from labour destination countries could be brought home immediately.

Earlier, the government had announced that around 25,000 Nepalis would be repatriated in the first phase.

Shankar Das Bairagi, secretary at the Ministry of Foreign Affairs, said 8,000 Nepalis each from Kuwait and Saudi Arabia, 4,000 from the United Arab Emeritus, 7,000 from Malaysia, 11,000 from Qatar, 300 from Bahrain, 600 from Jordan, 400 from Cyprus and around 1,500 students from several countries have submitted their details for returning to Nepal.

Bairagi added that except for labour destinations, the government expected to receive official data of Nepalis wanting to return from the embassies and missions in other countries within the next two days.

The government has already announced that those who want to return home will have to bear all their travel expenses.

Bairagi said some Gulf countries were, however, covering the cost of a few Nepalis who were granted amnesty.

“The government will provide assistance to those in poor financial condition or cannot afford the fare,” he added.