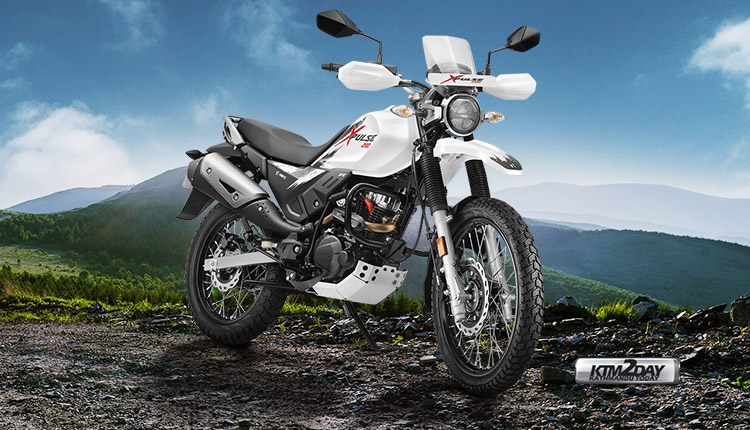 The 2019 Hero XPulse 200 and the XPulse 200T share the same frame as the Xtreme 200R, but there are plenty of changes on either motorcycles to make them off-road and touring-ready respectively.

The XPulse 200 gets upgraded with a high mounted mudguard, engine bash plate, swept-up exhaust and a plastic knuckle guards enhancing off-road capability. The bike rides on spoked wheels with a 21-inch unit at the front and an 18-inch wheel at the rear wrapped in dual purpose Ceat tyre.

The XPulse 200 is a good motorcycle and carries a lot of appeal with its dirt bike like design and off-road bits. The Hero XPulse 200 has a simple design, and with the high-mounted motocross-style front fender, wire-spoked wheels and the wide handlebar, it leaves no doubt that this is primarily meant for rough terrain.

The Hero XPulse 200 does not have a direct rival and that does bring an advantage to the motorcycle. The 200 cc bike becomes one of the most affordable ADVs on sale and is much cheaper than the next available option – Royal Enfield Himalayan.

Launched back in May 2019, the Xpulse 200 has become company’s best selling 200 cc motorcycles. The XPulse 200 gets a higher mounted exhaust as compared to a lower positioned set seen on the XPulse 200T, while similarities between the 200 and 200T include an all digital instrument console with smartphone connectivity and turn by turn navigation and LED head and tail lamps.

Braking is via 276mm front and 220mm rear petal type disc brakes while suspension is handled by conventional telescopic front forks and 7 step adjustable monoshock at the rear. Single channel ABS is offered as standard.

Hero XPulse 200 is presented in Sports Red and Black. Both bikes seem to have hit the right mark. After a long time Hero is registering good sales in the 200 cc segment. 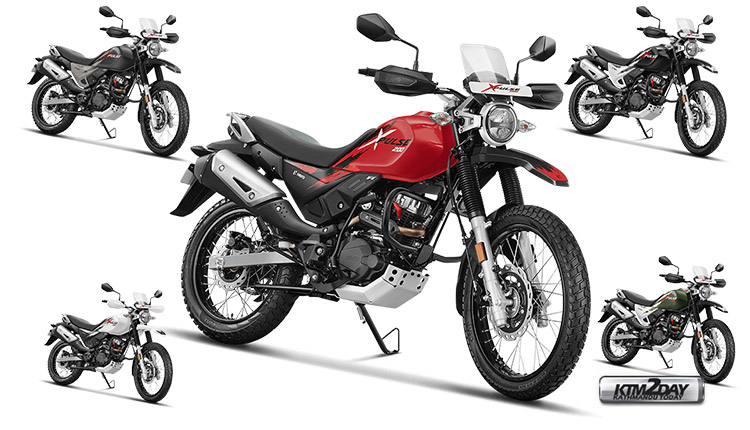 NGM Hero, the authorized dealer of Hero two-wheeler in Nepal has priced the Hero X-Pulse 200 at NRs 4,03,500 in the domestic market.