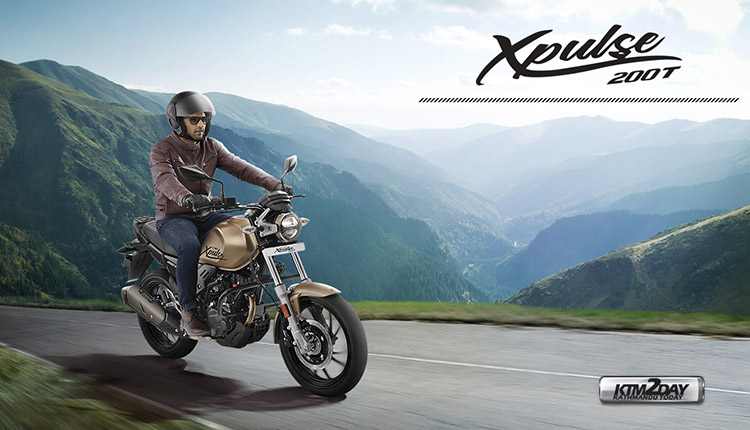 Alongside the XPulse 200, Hero Nepal has also launched the Hero XPulse 200T in the Nepali market. The Xpulse 200T is best suited for off-roading and touring purpose.

In the XPulse 200T wherein ‘T’ stands for touring, is for those who would rather prefer staying on tarmac than venturing out into the unknown!

The Hero XPulse 200T, the touring version gets alloy wheels from the Xtreme 200R with road-biased rubber and a conventionally mounted exhaust. The riding ergonomics are also slightly relaxed on the 200T that is intended for long hours and on the road. 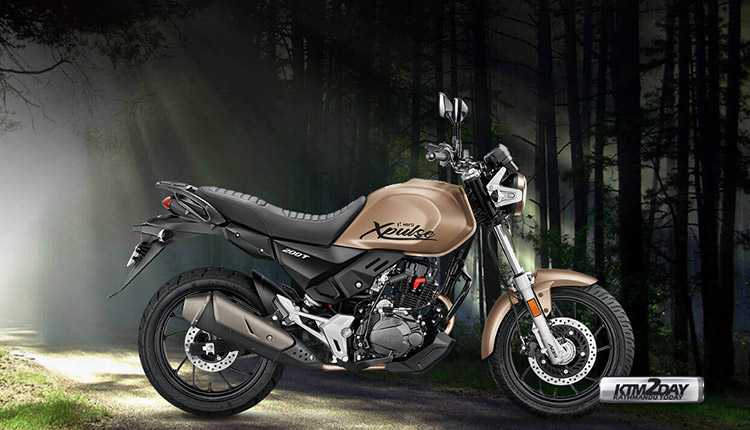 In addition, both versions of the Hero XPulse get a digital instrument cluster with smartphone connectivity via Bluetooth and turn-by-turn navigation, full-LED headlamp and a LED taillight as well. You also get a service reminder indicator, gear indicator z trip metres and more on the XPulse range. The bikes sport a fuel tank capacity of 13 litres.

Apart from the engine and the platform, the XPulse 200 and the 200T also share the headlamp, the Bluetooth enabled instrument cluster and the fuel tank along with tail lamp. The 200 cc engine has the same specifications as the XPulse 200 which is 18 bhp at 8,000 rpm and 17.1 Nm of peak torque at 6,500 rpm and is paired to the same 5-speed gearbox. But, in order to keep the costs down, the 200T gets a carburetted engine instead of a fuel-injected one. 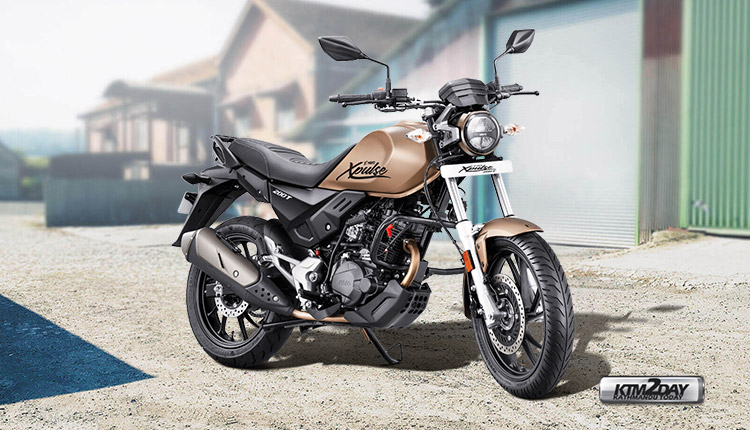 The XPulse 200 and the XPulse 200T are the same bike under the skin but there are a fair few differences. To begin with, the 200T has a lower, more commuter-esque stance and the windscreen is given a miss. Apart from that, the wheels are alloys and 17-inch units wrapped in MRF Nylogrip rubber meant for tarmac.

The XPulse 200T is suspended on 37 mm telescopic front forks and a 7-step preload adjustable monoshock and yes it gets considerably less travel than its off-road focussed sibling. The 200T gets lesser ground clearance of 178 mm as compared to 223 mm on the XPulse 200 ADV and its gets a plastic bash plate instead of an Aluminium one on the latter. Of course, the graphics are different too and the 200T loses the high, pointy mudguard along with the knuckle protectors. Lastly, the seat height on the 200T is 799 mm as compared to the 823 mm seat height of the XPulse 200. 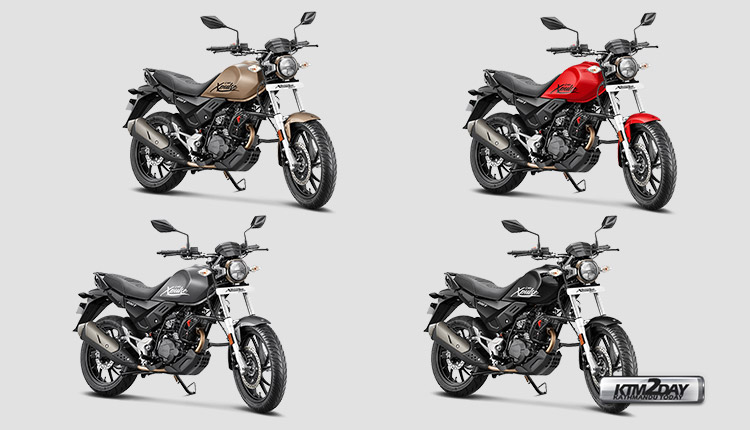 NGM Hero, the authorized dealer of Hero two-wheeler in Nepal has priced the X-Pulse 200T at a price tag of NRs 3,32,000 in the domestic market.