Home » NEWS » Nepal’s 87.19 percent of the population has access to the internet 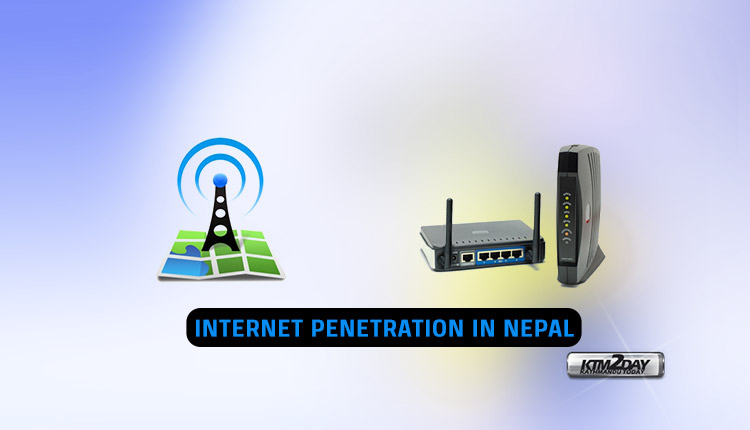 According to NTA, more than 936,000 users have been added in Feb/March compared to last Jan/Feb. Last January, a total of 25.4 million people had access to the Internet service.

According to NTA, by mid-March 87.19 percent of the total population in Nepal has now access to internet service. NTA has prepared the MIS report based on the population projections (2011-2030) which estimates Nepal’s total population at a figure of 29.876 million.

According to NTA, the biggest contributor is mobile internet service. As of February and March, the share of mobile broadband in Nepal has reached 64.08 percent out of which more than 11.56 million subscribers have now access to 3G internet.

Nepal Telecom has the highest number of subscribers with 9.094 million while Ncell has 2.47 million subscribers. Out of 11.35 million users in January last year, more than 200,000 users of 3G have been added in February.

Similarly, the number of 4G users in Nepal has now reached 76,68,181. Three telecommunication service companies are currently operating 4G service in Nepal. Of the three companies, Ncell has the largest base of 4G subscribers.

In eight months, Ncell’s 4G customers have reached 48,56742 subscribers . Compared to last January, the number of subscribers in Feb/Mar has increased by 530,806. Last January, Ncell had a total of 43,25,936 subscribers using it’s 4G service. 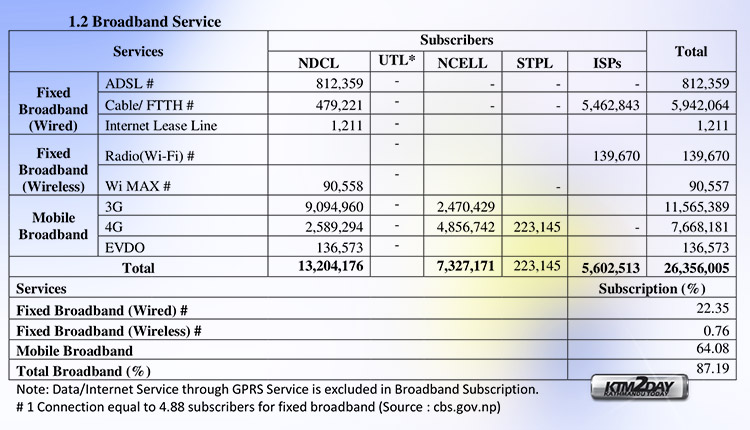 According to NTA, the state-owned Nepal Telecom Company Limited has 2,589,294 subscribers using 4G service. Compared to last January, there has been a slight increase of 44,570 subscribers in Feb/Mar. Last January the company had 2.54 million 4G subscribers.