The most eagerly awaited KTM 790 Duke has been launched in Nepali market . Hansraj & Hulaschand Pvt. Ltd., the authorized dealer of KTM motorcycles in Nepal has opened bookings for the KTM 790 Duke from Sunday.

The KTM 790 Duke represents the most agile and technically advanced street weapon for riders who prefer the undiluted and unique thrill of riding a naked motorcycle. For those who want to further sharpen “The Scalpel” in their vision, a wide range of specially developed KTM PowerParts and KTM PowerWear is also available. 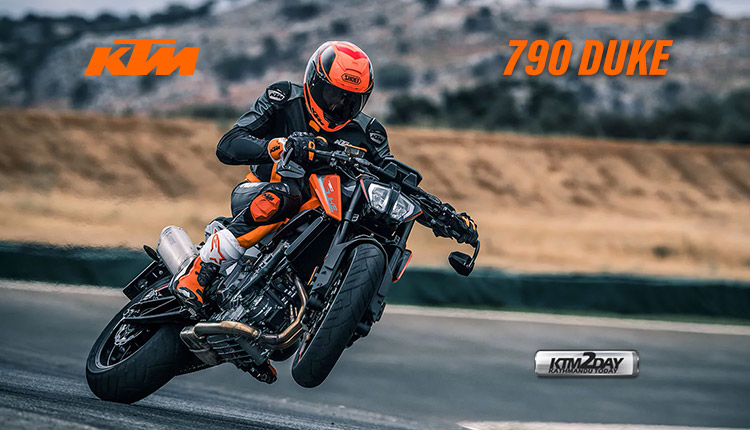 Powered by the all-new LC8c engine, the new DUKE is KTM’s first parallel twin cylinder powerplant and its 799cc capacity punches out an impressive 105 hp and 87 Nm with relentless drive and smoothness from low rpm to the redline.

This performance power package also plays a double role as a stressed member for its unique and dynamic chassis. With the engine being so compact, this allowed KTM’s chassis engineers to fulfil the concept brief of the KTM 790 DUKE and deliver a super agile and precise handling bike; instilling rider confidence with each ride and satisfying those who crave corner speed as opposed to brute power. The KTM 790 Duke gets four riding modes which are Rain, Street, Sport & Track. The power delivery, throttle input, traction control will differ with each mode. The track mode can be fully customised. 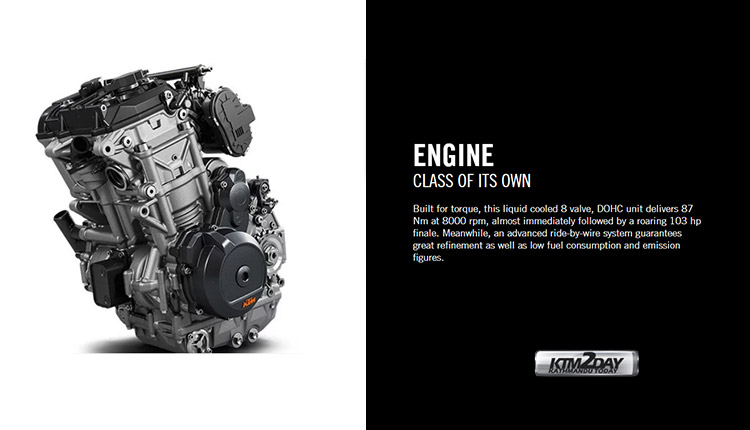 On the electronics front, the KTM 790 Duke gets a comprehensive electrical suit, and is loaded to the gills and comes with four riding modes – Sport, Street, Rain, and Track via the Bosch EMS with RBW. The bike also comes with 9-level traction control, launch control, wheelie control, slipper clutch, and quickshifter. There’s a six-axis IMU-based 9-level traction control with lean-angle sensitivity, cornering ABS with Supermoto mode, engine brake control, launch and wheelie control, and a bi-directional quick-shifter.

The KTM 790 Duke has an impressive power-to-weight ratio of 612 bhp per tonne. It will go up against the likes of the Triumph Street Triple, Yamaha MT-09 and the Ducati Monster 821. 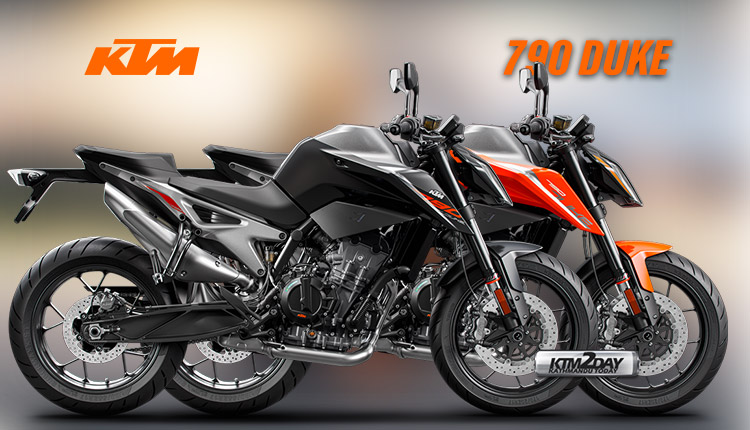