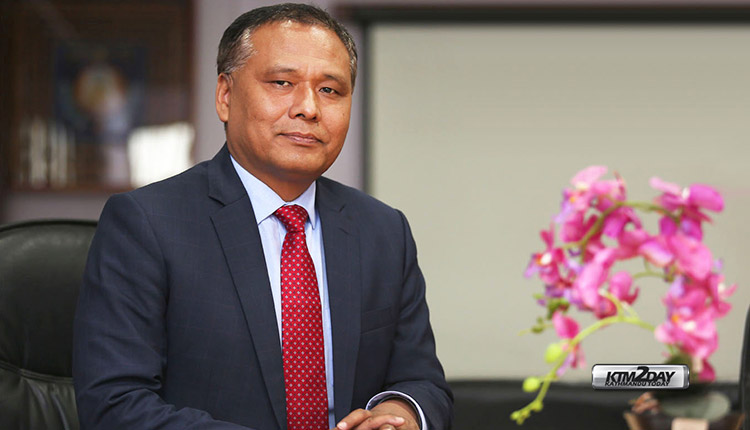 For completing his four-year tenure as managing director of Nepal Electricity Authority (NEA), Kulman Ghising received a formal farewell from his office today. He was appointed to the top post of the NEA in 2016.

Speaking during his farewell programme today at NEA, he said that establishment of efficient management and effective working system at the authority helped put an end to the years-long issue of load-shedding in the country and improved the financial condition of the power utility to transform it into a profit-making government entity.

“The day I joined NEA, it was saddled with a loss of Rs 34.61 billion while the country was forced to face six to seven hours of power cuts even during the monsoon season,” he said, adding, “However, scientific management and a small change in management of the electricity supply helped us succeed to transmit electricity round the clock and that’s how we gradually ended load-shedding, which was a major responsibility given to me.”

However, this is not the end. He said that end of load-shedding was his major priority and along with this he was also obliged to work for the overall development of NEA. “After the end of load-shedding, NEA succeeded in earning net profit of Rs 1.47 billion in the fiscal I joint NEA as managing director,” he said. “And I must appreciate all the staffers of NEA for this team work.”

While bidding adieu to NEA, he requested all to take his tenure termination as a normal process of any job and wished better days ahead for the power utility.

Amid this, today the government-appointed Senior Deputy Executive Director of NEA Lekhnath Koirala as the acting managing director of NEA.