Earlier this week, Micromax introduced the Micromax IN Note 2 cheap smartphone for the Indian market after a long absence. Flipkart will begin selling the IN Note 2 on January 30th, the brand’s first smartphone of 2022. Because of its AMOLED display, 48MP quad camera, large battery capacity, and 30W wired fast charging, the Micromax IN Note 2 can be a good choice if you’re looking for a new phone for less than INR 15,000 (NPR 24,000). Let’s take a look at the IN Note 2’s price, features, and where you can get it.

Specifications and Features of Micromax IN Note 2

As a result, the device is only available in a single version of 4GB+64GB, with microSD card support. It has a quad-camera configuration on the rear consisting of a 48MP primary sensor, a 5MP ultra-wide angle sensor, and two 2-megapixel macro and 2-megapixel depth sensors. A 16MP camera is included for taking selfies and making video calls. 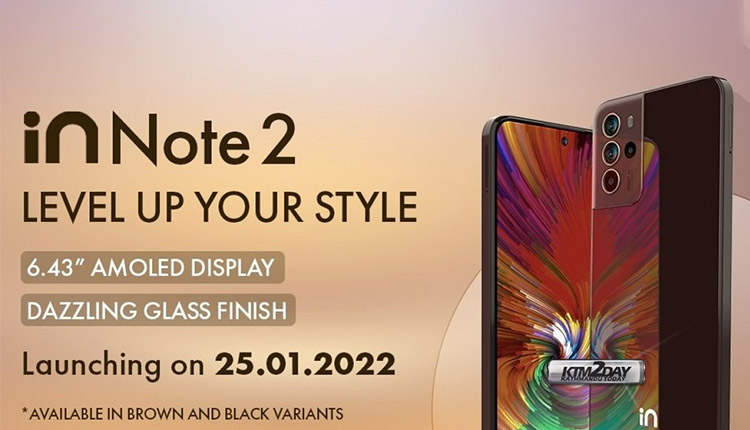 There is a 5,000mAh battery on board, which is powered by a 30W fast-charging system. The phone is powered by Android 11 and has a side-mounted fingerprint scanner for security. Aside from them, the 205-gram device has dual-band Wi-Fi and Bluetooth 5.0, a 3.5mm headphone socket, two nano-SIM card slots, and a Type-C connector.

Micromax IN Note 2 Price in Nepal

The Micromax IN Note 2 smartphone is expected to launch in Nepali market soon.

The Micromax IN Note 2 has 4 GB of RAM and 64 GB of internal storage in a single configuration. It costs INR 13,490, but as an initial deal, the phone can be purchased for INR 12,490 and comes in both Black and Oak colorways. Flipkart will begin selling it on the 30th of January.