The Motorola Moto Edge X30 Under Screen Camera Edition was officially introduced in China on Thursday, as expected. Front-facing camera is located beneath the display of the smartphone. During the debut of the Moto Edge X30 in December, the smartphone was first hinted at.

In terms of specifications, the Moto Edge X30 Under Screen Camera Edition is identical to the original Moto Edge X30. The 60MP front-facing camera is what sets it apart from the competition.

The Edge X30 has a 60MP front-facing camera that sits under the display, eliminating the need for a notch or any other cutout on the screen.

The phone comes with a single memory combination of 12GB + 256GB. At a cost of $630, it is available in Chinese market now. As for promotional offer, it costs CNY 3,499 ($551) for a limited period of time. In China, the phone is already available for pre-order. On March 30th, it will be available for purchase.

Launched as the most affordable smartphone with a Snapdragon 8 Gen 1 SoC, it has now become even more affordable. 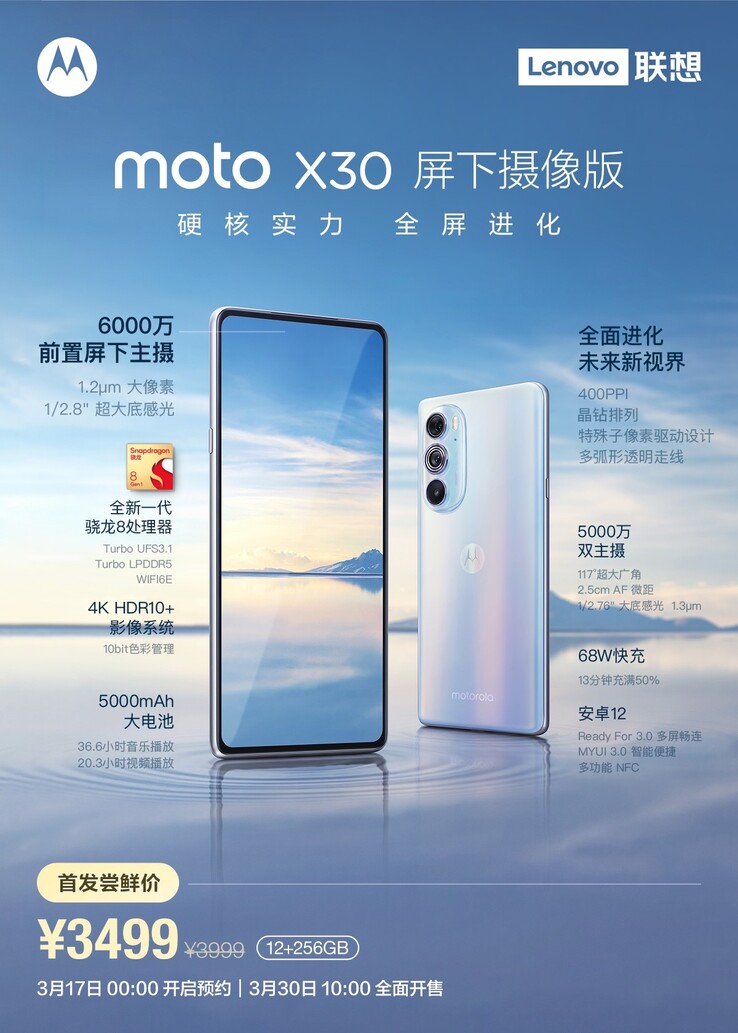