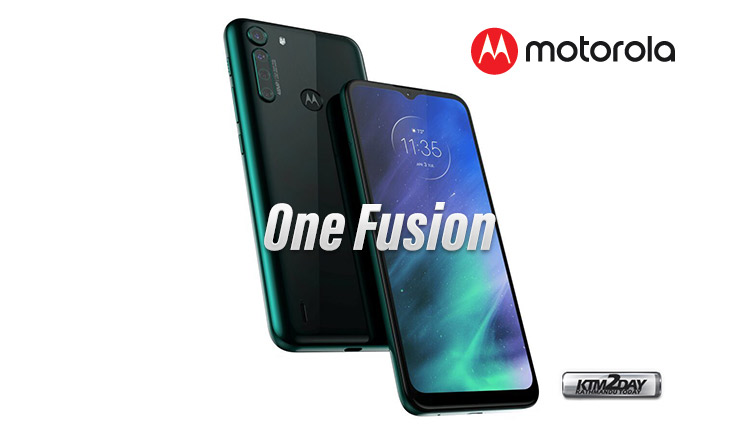 Motorola has announced the launch of Motorola One Fusion, a vanilla version of Motorola One Fusion+ it introduced earlier in June. The smartphone arrives with features such as a Snapdragon 710 SoC, quad-camera setup with 48-megapixel primary sensor at the helm, waterdrop notch among others.

Currently, the new Motorola phone is available in Latin American countries and will reach other countries by the next month.

The dual-SIM (Nano) Motorola One Fusion runs Android 10 with Motorola’s custom skin, My UX on top. The phone features a 6.5-inch Max Vision HD+ (720×1,600 pixels) display and is powered by Qualcomm Snapdragon 710 Octa, coupled with 4GB RAM. Its onboard storage of 64GB is also expandable via a microSD card.

The quad rear camera setup includes a 48-megapixel main camera accompanied by a secondary 8-megapixel camera with 118-degree field-of-view, a 5-megapixel macro sensor, and a 2-megapixel depth sensor. For selfies and video calling, the Motorola One Fusion packs an 8-megapixel front camera.

The Motorola One Fusion is also offered in 4GB + 64GB storage option. Its colour options include Emerald Green and Ocean Blue.

Motorola has also confirmed that the device will be available in Saudi Arabia and the UAE soon.