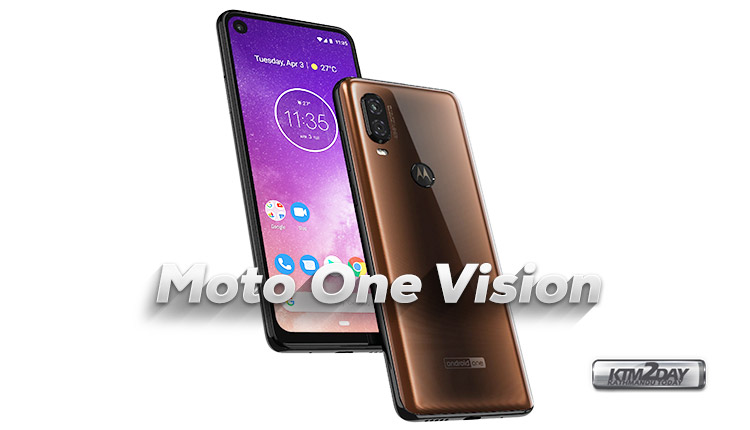 Motorola is planning to launch an Android One smartphone going by the name Motorola One Vision or Motorola P40. Previous leaks and renders (created by 91Mobiles in partnership with OnLeaks) revealed the device will sport a punch-hole display and a dual rear camera setup along with several specifications. A fresh render leak from Tigermobiles attests to the previous render including the presence of a 48MP sensor at the back.

The render shows the rear panel with a glossy finish featuring a vertically aligned dual camera setup with 48MP marking followed by an LED flash. The Motorola branding at the back is expected to sport a fingerprint sensor. The render also shows Android One branding at the back which goes in line with the previous render leak.

A Geekbench listing suggests that Motorola One Vision will be powered by Samsung’s Exynos 9610 processor. The device is expected to feature a 6.2-inch HD+ IPS display with a punch hole on the top left corner for the selfie camera. The previous leak suggests the device to have 6GB RAM and 64GB/128GB storage options.

Motorola usually sports Qualcomm processors and this will be the first time for a Motorola phone to feature a Samsung processor.

For the camera, the Motorola One Vision is expected to feature a 48MP primary sensor along with a secondary 5MP sensor at the back and a 12MP (f/1.8 aperture) sensor at the front. The device will likely host a 3,500mAh battery and run Android 9 Pie out of the box. The Motorola One Vision is expected to be an Android One smartphone and support NFC (near field communication).