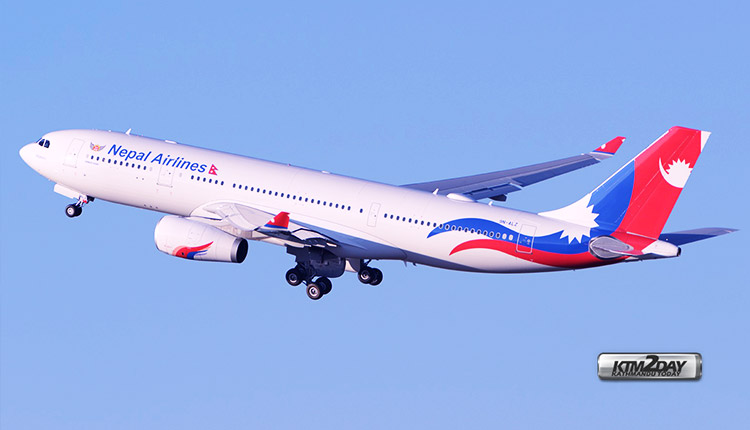 The national flag carrier Nepal Airlines Corporation (NAC) will be flying to Australia, China and South Korea as it continues its chartered and cargo flights to international destinations during the nationwide lockdown to prevent the spread of coronavirus infection.

The NAC has so far conducted chartered flights to India, Bangladesh, Japan and Australia and four cargo flights to Guangzhou, China since the lockdown that came into force on March 24.

According to NAC spokesperson Archana Khadka, NAC will be making one more chartered flight to Sydney in Australia on May 6. Earlier, on April 1, it had made a 13-hour chartered flight to Brisbane of Australia via Malaysia thorough its wide-body aircraft. The flight was termed to be a historic one by NAC being its longest ever flight.

In the upcoming flight to Australia, NAC’s wide-body aircraft will reach Sydney via Kuala Lumpur transit and the arrival flight will be non-stop from Sydney to Tribhuvan International Airport in Kathmandu. The flight will leave for Sydney carrying over 250 people but will return empty.

Likewise, the airlines is scheduled to operate a cargo flight on Kathmandu- Beijing route to bring a shipment of medical equipment for private suppliers.

Moreover, the Nepal Airlines will also be flying to the South Korea. Earlier the flight was scheduled for April 30 but was postponed. The new schedule is yet to be determined. It has been learnt that the Non-Resident Nepali Association (NRNA), South Korea, is taking Nepali migrant workers back to Korea through the NAC chartered flight. The workers had arrived here for holidays before the enforcement of lockdown.