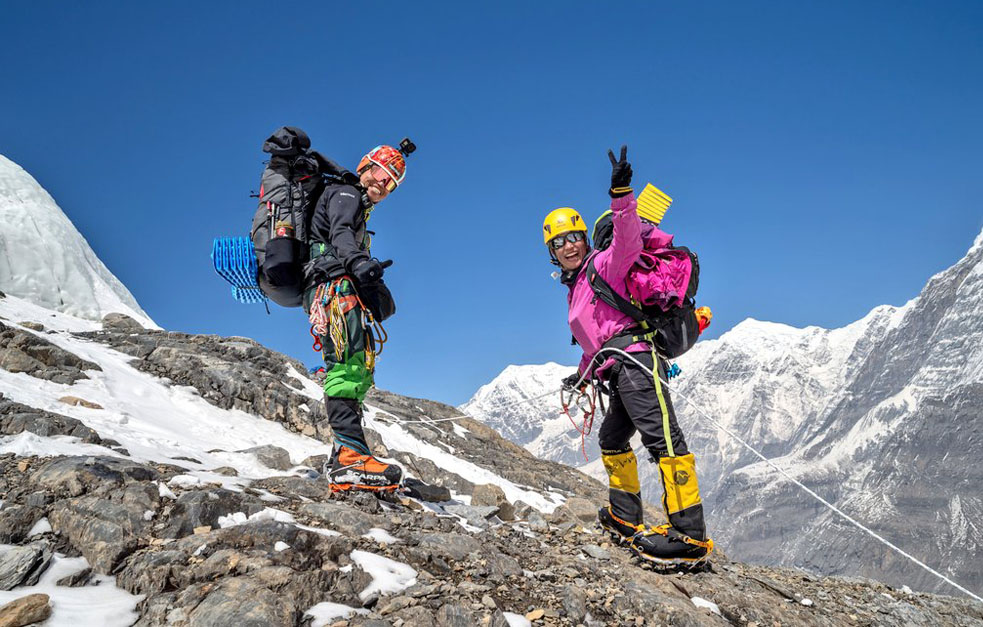 Shrestha had gone on a mission to ascend Mount Dhaulagiri on foot on September 18 through the Seven Summit Trekking Company of Kathmandu.

Mingma Sherpa, director of Seven Summit Trekking said that 20 people from her company, including Purnima Shrestha, successfully climbed Dhaulagiri at 5:00 am this morning. “This is the first time that a Nepali woman has climbed Dhaulagiri mountain,” she said.

It is yet to be confirmed whether Maya Sherpa and others who went with Shrestha also made it to the top. Purnima who is also a journalist from Gorkha Arughat,, has already set a record by successfully climbing the 8,081-meter high Mount Annapurna I located at Annapurna Gaonpalika-4 Narchang in Myagdi district on April 14.

Purnima’s team is the first Nepali woman to climb Mount Annapurna. Purnima climbed Dhaualagiri with the help of Sherpa (guide) Pemba Sherpa. She has previously climbed Mt. Everest in 2018, Manaslu in 2017 and Amadablum in 2019.

Before Purnima left for the base camp, she said that she was going to achieve the goal of climbing Dhaulagiri, which was stopped last season after the second wave of Corona spread in Beni.