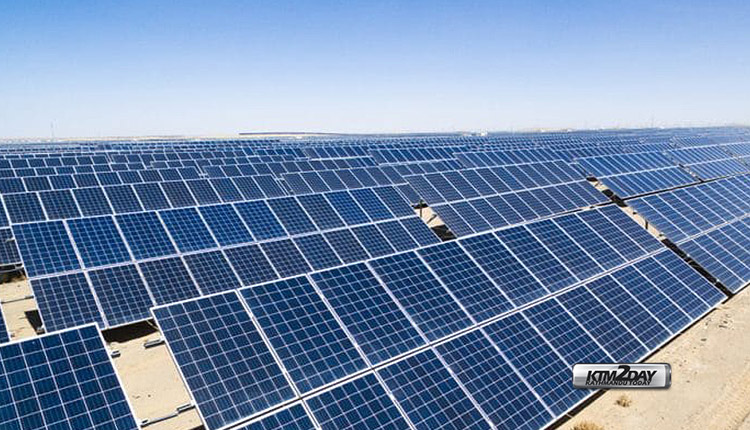 1.25 MW of electricity generated from Nepal’s biggest solar energy plant that is being constructed by Nepal Electricity Authority (NEA) in Nuwakot has been connected to the national grid from Wednesday.

The electricity generated from solar panels installed on the land owned by Devighat Electricity Center under NEA in the daytime has been directly connected to the national grid. According to the project, electricity generation is possible only when the sun is up as batteries have not been fitted.

NEA Managing Director Kulman Ghising said that 10 MW of electricity will be connected to the national grid within the next one and a half months. He said work is underway but the construction will take some time as the Initial Environmental Examination (IEE) report is in the process of being approved. “The aim was to connect 15 MW within April last week but the work was affected due to the lockdown,” he said, adding, “With connection of solar power to the national grid, the addition of contributing sources other than hydro power has diversified the energy source of Nepal.”

With an aim of becoming self-reliant in electricity, the government taking the 15,000 MW target as a base has implemented a combination ratio of electricity projects. In which, hydro and pump storage will have 30-35 percent, peaking run of the river 25-30 percent, run-of-the-river- 30-35 percent and other alternative sources will have 5-10 percent ratio. 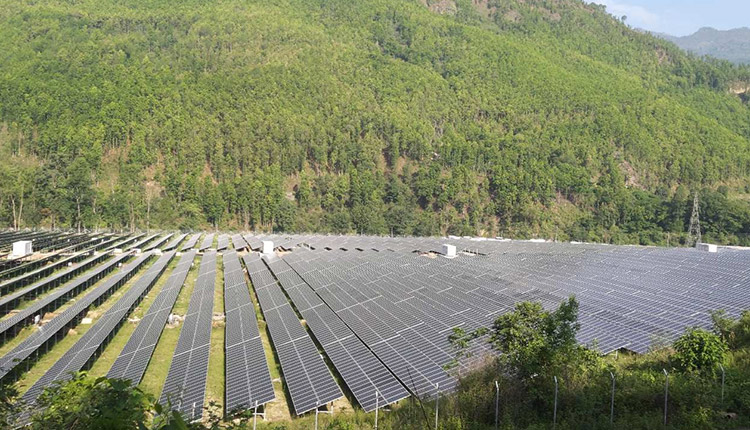 Minister for Energy, Water Resources and Irrigation, Barshaman Pun, had laid the foundation stone for the project in 2018. Though the project was supposed to be completed within a year, it suffered delays due to delay in getting design approval, forest clearance and other necessary procedures.

The World Bank has provided a soft loan of US$ 8 million to build the project. Risen Energy, a Chinese company, has won the contract to install the plant. The Chinese company is responsible for design, supply, construction, operation and maintenance of the plant for five years. It will hand over the plant to the NEA after five years. The company needs to supply 33 million unit guaranteed energy from the plant, annually.

The plant is expected to cover for the problem of the lack of energy during the winter season after it comes into operation. It will strengthen the supply system of the Kathmandu Valley as its location is near the Kathmandu Load Center.