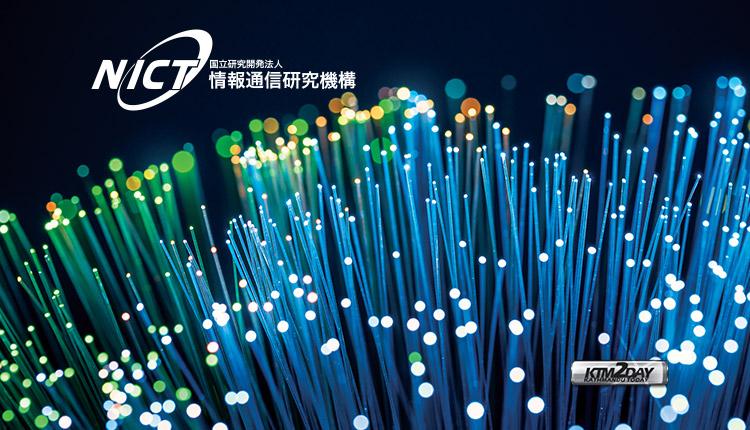 There is a new speed record in data transmission and it has been achieved by a group of researchers from the NICT (National Institute of Information and Communications Technology) of Japan. The engineers managed to reach the incredible speed of 319 Tb/s, almost double the previous record of 178 Tb/s set less than a year ago.

A study presented during the International Conference on Fiber Optic Communication in June revealed the details of this historic milestone. The speed of 319 Tb/s was achieved over a distance of 3001 kilometers  (1,864 miles) and with a technology compatible with the current optical infrastructure.

According to NICT technicians, this figure represents the first transmission in the S, C and L bands over long distances in a 4-core optical fiber (composed of four beams of optical fibers) with a standard external diameter of 0.125 millimeters. The project used a transmission system that uses Wavelength Division Multiplexing (WDM) technology by combining different amplification technologies. 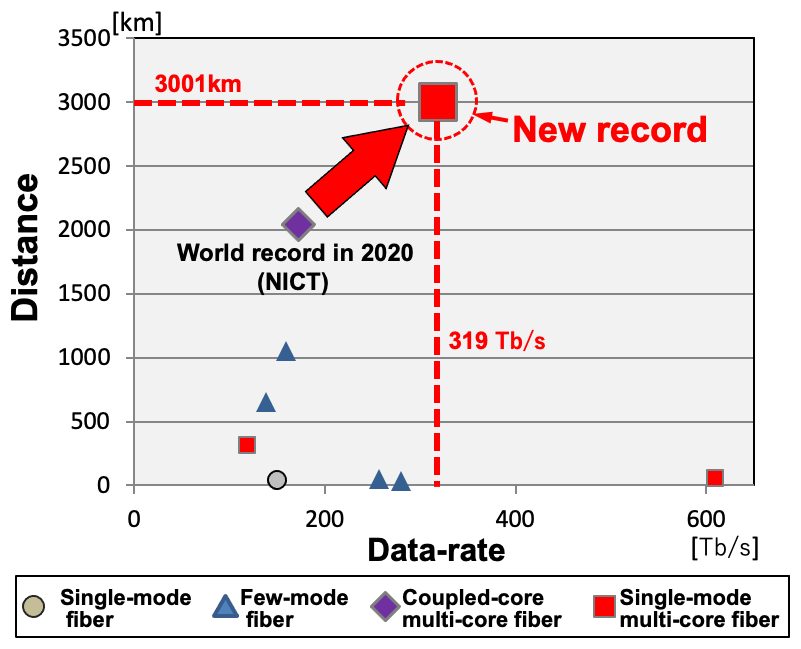 Recently, NICT and research groups around the world have begun to explore S-band transmission, but until now the distance was limited to a few tens of kilometers. With the WDM technique, the signals were separated into different wavelengths to be transmitted simultaneously.

Transmission over very long distances (3001 km in this case) was possible “by creating an experimental ring plant with recirculation transmission that combines two types of rare earth doped fiber amplifiers with Raman amplification distributed along the transmission fiber itself”.

More specifically, the new technology originates from a transmission process with a 552-channel laser fired at various wavelengths. Double polarization modulation is then applied to this light, delaying some wavelengths to create distinct series of signals, and then each of these sequences is inserted into one of the four nuclei of the optical fiber.

The data is transferred along 70 kilometers of optical fiber until it reaches the optical amplifiers, which amplify the signal. The signal passes through two new types of fiber amplifiers, one doped in thulium and the other in erbium, before continuing the path in the traditional Raman amplification process.

The 4-core optical fiber used for this experiment has the same diameter as a typical single-mode fiber. This means that the new method will be easily integrated into the existing infrastructure. For the future, the NICT foresees the further development of this broadband and long-distance transmission system, in order to increase the transmission capacity of low-core fibers and other new fibers. In addition the company stated, “We will work to extend the transmission range to transoceanic distances.”

At the moment, underwater cables, the so-called backbones, based on Space Division Multiplexing (SDM) technology are used to transmit data from one continent to another. Google, for example, has laid between the USA and France “Dunant”, a cable 6500 km long and capable of transmitting at 250 Tb / s. Instead of 4 pairs of fibers, Dunant consists of 12 pairs of optical fibers, which means that the speed of a future submarine cable based on NICT technology could be much higher without having to make changes to the infrastructure.