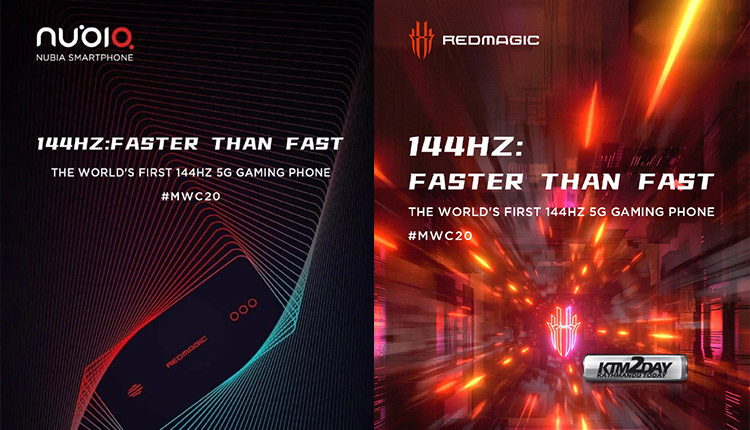 Nubia has been preparing the arrival of its next gaming smartphone, the Nubia Red Magic 5G, for some time. Regarding the gaming smartphone segment, Nubia continues to achieve great prominence, thanks to its offers with incredible price / quality ratio.

This new smartphone promises to revolutionize one of the segments that has grown most in popularity during the last few years. In addition to high-end specifications, it will innovate by being the first to arrive with a screen that offers a refresh rate of 144Hz.

Nubia CEO Ni Fei shared on a social media site that the company’s new Red Magic 5G gaming smartphone will also be one of the first owners of a new generation of RAM. The flagship Nubia Red Magic 5G is also credited with a display with a screen refresh rate of 144 Hz, a new top-end Qualcomm Snapdragon 865 processor with support for the fifth generation network (5G) in a pair of 16 GB of RAM and a main camera with a main sensor of 64 MP. 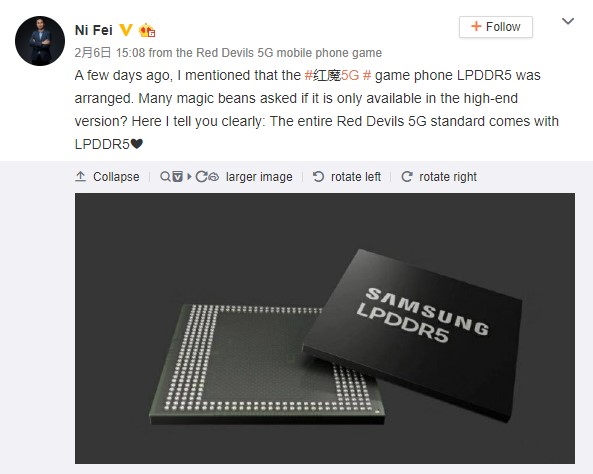 Unlike Xiaomi Mi 10 Micron’s chip, Red Magic 5G will have a Samsung LPDDR5 chip. Its mass production was launched in July last year . It is built on the updated 10-nanometer process technology and its write speed is 5500 MB/s. This is 1.3 times faster than the previous model of 12 GB LPDDR4X which had a write speed of 4266 MB/s.

In addition to an enviable performance, the Nubia Red Magic 5G will also impress in the photographic segment, being the first gaming smartphone to arrive equipped with a triple rear camera.

Although the specifications of the sensors have not been revealed, the image shared today by the co-founder of Nubia on the Chinese social network Weibo, once confirms that the Red Magic 5G will arrive with a triple rear camera.

Despite having a giant 5,000mAh battery, with support for charging at 80W it is believed that it can achieve a full charge in just 20 minutes.

Recently, ZTE officially confirmed that due to the Coronavirus outbreak in China, it would considerably reduce its presence at MWC 2020.

Considering that, the brand will limit itself to presenting its most important products, it is possible that the great prominence is guaranteed to the Nubia Red Magic 5G, which may present itself as the best gaming smartphone of 2020.