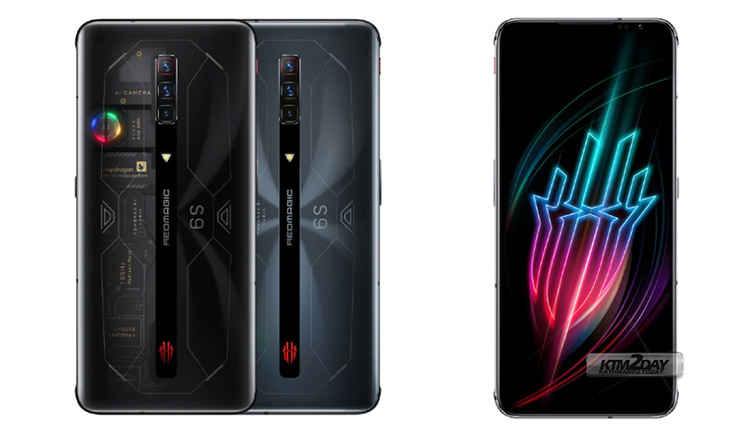 According to a source, the technical specifications of the Nubia Red Magic 7 have appeared online via a TENAA listing. The phone is expected to include a 6.8-inch OLED display with a full HD resolution. In addition, 16GB of RAM and 512GB of internal storage are listed as possible specifications for the rumored smartphone.

According to previous reports, the phone has already been certified by 3C in China and has also been seen on the Bluetooth SIG registry. ZTE-owned Nubia released the Red Magic 6S Pro gaming smartphone with the Qualcomm Snapdragon 888+ SoC and up to 16GB of LPDDR5 RAM in September of this year.

An NX679J smartphone, supposedly linked to the Red Magic 7, has appeared on the TENAA website.. An OLED screen measuring 6.8 inches in diagonal with a resolution of 1,080 x 2,400 pixels is shown. According to Digital Chat Station’s Weibo post, the TENAA listing for the Nubia smartphone does not reveal any information on the phone’s internals, but a Weibo post from tipster Digital Chat Station suggests that the phone may be powered by the Qualcomm Snapdragon 8 Gen 1 SoC.

There are a variety of RAM and storage configurations available for the Nubia Red Magic 7, as indicated by the listing. A total of four cameras are believed to be included in the rumored device when it goes on sale. It appears that the phone has a 64-megapixel primary camera and an 8-megapixel front-facing camera. It’s impossible to know what’s going on with the other cameras.

Android OS will be used by the described phone, which will be available in a variety of colors including black, blue, green, and red. Under-display fingerprint scanner and 2,190mAh battery are listed in the TENAA filing for the purported Nubia Red Magic 7. According to a listing on the 3C certification platform, the phone is capable of fast charging up to 165W (20V/ 8.25A). According to the Bluetooth SIG, a phone with the model number NX679J may be able to connect through Bluetooth v5.2.