The Ola S1 Air electric scooter, the company’s third model in the country, was introduced on Monday as a less expensive alternative to the Ola S1 and Ola S1 Pro. The top speed of the Ola S1 Air is 85kmph, and its battery has a capacity of 2.5KWh.

Ola Electric claims that the newly released electric scooter has an ARAI range of 101 kilometers and an IDC range of 100 kilometers when operated in Eco Mode. It has the same software features as the other scooters released by the company, such as music, navigation, a companion app, and reverse mode.

At the same time as the launch, the company also introduced Move OS 3, the newest version of its operating system. New features like proximity-based unlocking, digital key sharing, enhanced regen braking, and a document feature will be available on the Ola S1 Air, and existing models will be updated to MoveOS 3 by the end of the year.

The Ola S1 Air, the company’s newest and third electric scooter, has an ARAI-certified range of 101 kilometers and an IDC range of 100 kilometers when operated in Eco Mode.

Its 2.5KWh lithium-ion battery pack is less powerful than those found in the company’s other scooter models. It reaches speeds of up to 85kph and features Eco, Sport, and Reverse settings.

The scooter has front and rear disc brakes, respectively, with drum brakes up front. According to the manufacturer, its 99-kilogram weight makes it more portable than scooters powered by internal combustion engines (ICEs) of comparable prices.

The Ola S1 Air, like its more expensive brethren, will ship with MoveOS 3 and be upgradable. 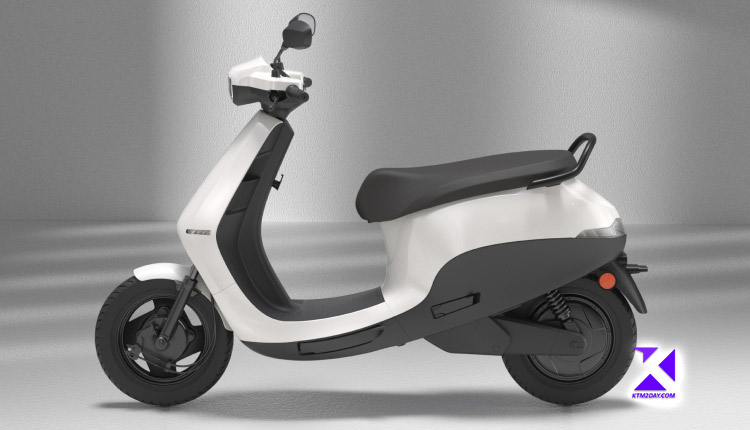 Features like proximity-based unlocking, digital key sharing, enhanced regen braking, and a document feature will be introduced with Move OS 3. The Ola S1 Air, due out the following year, will be the first Ola device to ship with Move OS 3, rather than the updated versions of Move OS 2 that will be released for the other Ola devices by year’s end.

The starting ex-showroom price for the Ola S1 Air in India is INR. 84,999 (about US$1,027), and that’s with the FAME II subsidy already factored in (but not the state subsidies).

The company claims that it will be available for purchase in the following colorways: Coral Glam, Jet Black, Liquid Silver, Neo Mint, and Porcelain White.

Deliveries of the Ola S1 Air, for which payments can be made beginning in February 2023, are scheduled to start in the first week of April, according to Ola.