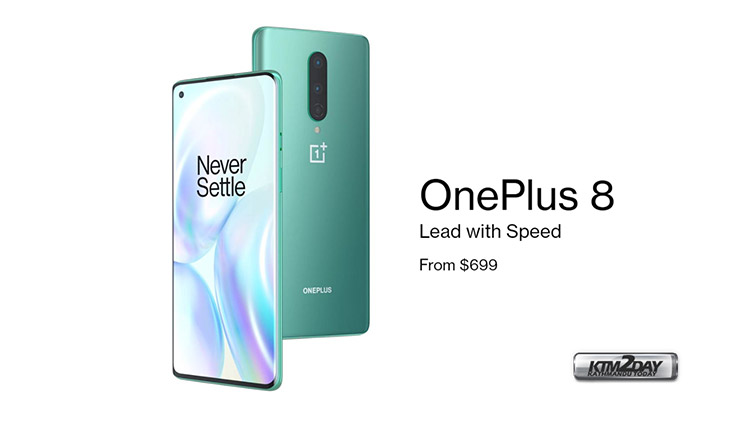 OnePlus as per it’s scheduled plan took the opportunity during the ongoing coronavirus pandemic to launch two of it’s newest flagship smartphones Oneplus 8 and Oneplus 8 Pro. The company launches it’s flagship device twice a year and today’s launch brings major updates to it’s devices launched six months ago with more powerful processor and cameras along with wireless charging support on the Pro model.

The younger sibling of the Oneplus 8 series is the affordable Oneplus 8 smartphone and shares many of the important features with the more expensive Pro variant. 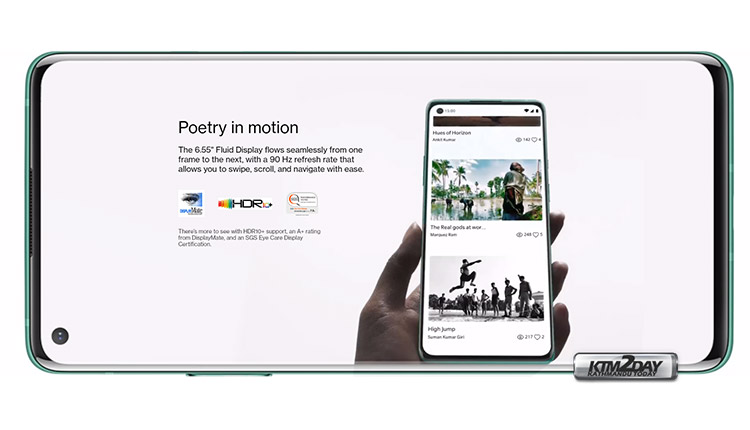 The design of the smartphone has not changed much compared to last year’s models. The Oneplus 8 features a 6.55-inch full-HD+ (1080×2400 pixels, 402ppi) Fluid AMOLED display that has up to 90Hz refresh rate, 20:9 aspect ratio, and a 3D Corning Gorilla Glass protection. 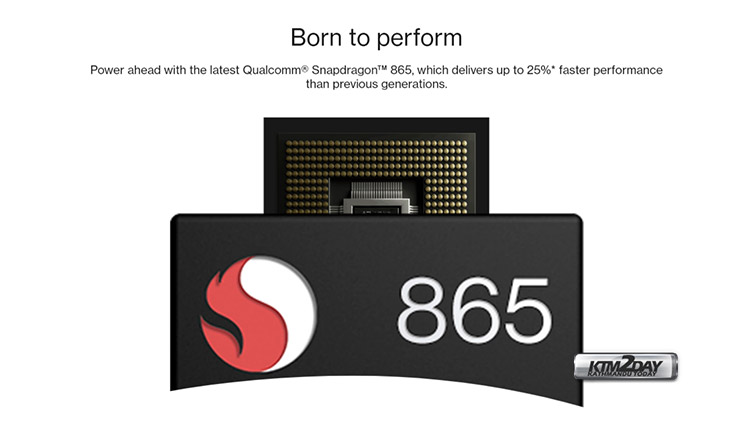 The smartphone is based on a modern 7 nanometer Qualcomm Snapdragon 865 processor (eight Kryo 585 @ 2.84 GHz cores and Adreno 650 graphics), complemented by up to 12 GB LPDDR4X RAM and up to 256 GB UFS 3.0 high-speed drive with TurboWrite technology support and HPB. To support 5G networks, the Snapdragon X55 modem is used. 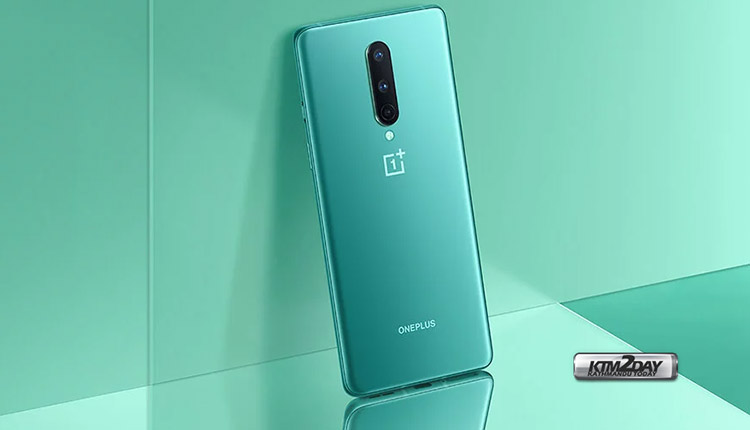 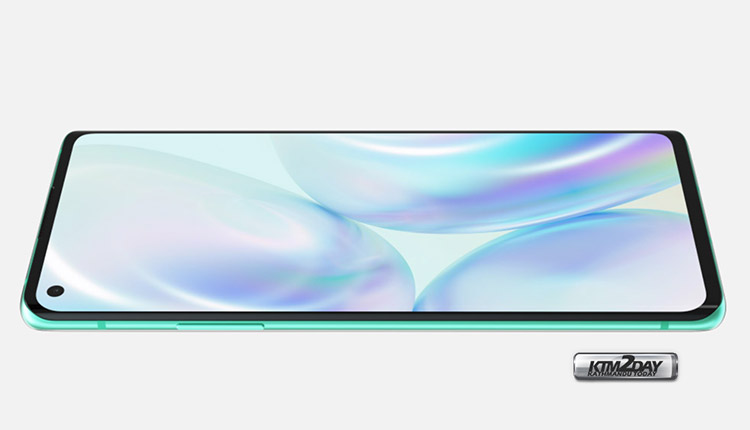 On the front for selfies, there is a 16-megapixel Sony IMX471 sensor at the front along with an f/2.45 lens that is housed in a hole-punch display. It supports features such as Face Unlock, HDR, Screen Flash along with Face Retouching. The selfie camera can records Time-Lapse videos and supports 1080P video at 30fps. 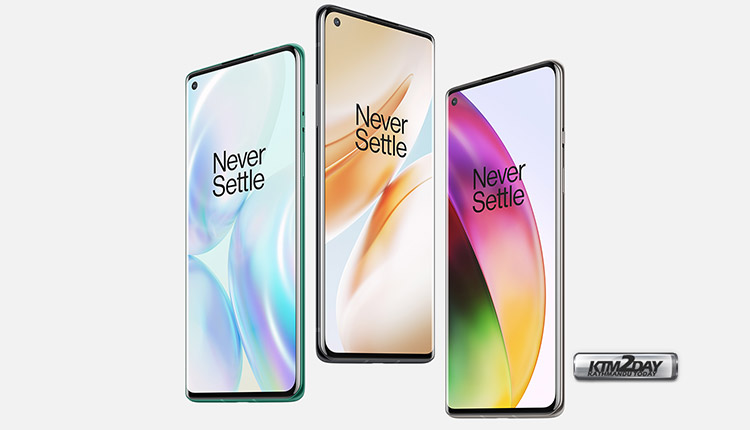 The OnePlus 8 comes in 128GB and 256GB of UFS 3.0 two-lane storage options that aren’t expandable via a microSD card. Connectivity options include 5G, 4G LTE, Wi-Fi 6, Bluetooth v5.1, GPS/ A-GPS, NFC, and a USB Type-C port. Sensors on board include an accelerometer, ambient light, gyroscope, magnetometer, and a proximity sensor. The phone also has an in-display fingerprint sensor. 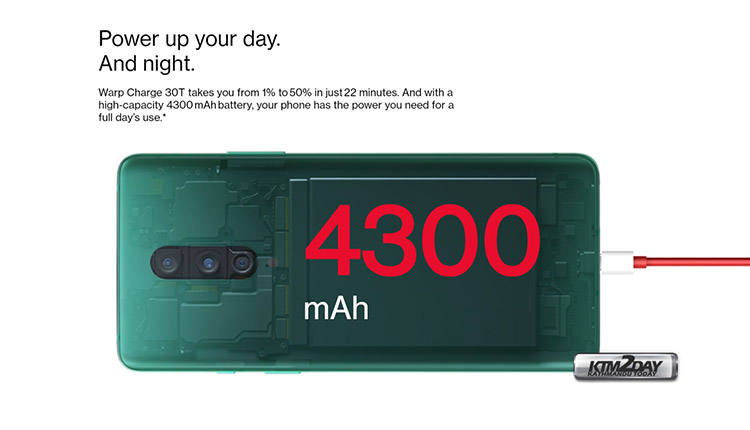 The company has offered a 4,300mAh battery on the OnePlus 8 that supports Warp Charge 30T (5V/ 6A) and allows this smartphones to have 50% of the battery recharged in up to 23 minutes.. The device has an absence of of wireless charging feature in order to reduce the manufacturing costs. 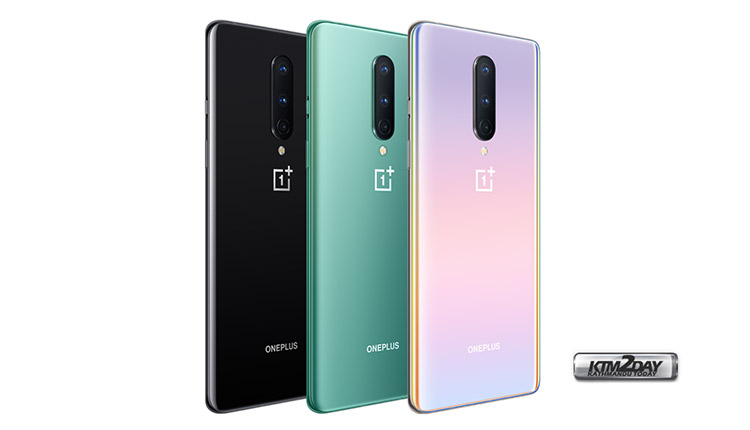 The phone has Glacial Green, Interstellar Glow, and Onyx Black colour shades to choose from.

The OnePlus 8 also has dual stereo speakers along with Dolby Atmos sound and the new Haptic Vibration engine. The new smartphone has also retained the alert slider that is a legacy feature in the OnePlus phones — similar to the mute switch on the iPhone.

In terms of specifications, the dual-SIM (Nano) OnePlus 8 runs Android 10 with OxygenOS on top. 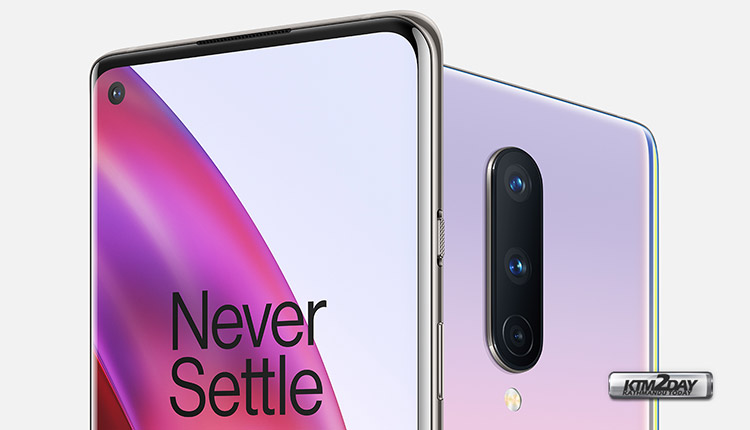 OnePlus 8 has been launched in Nepali market and is available via Olizstore in a single option with 12GB RAM and 256 GB of internal storage at a price tag of Rs 93,000.