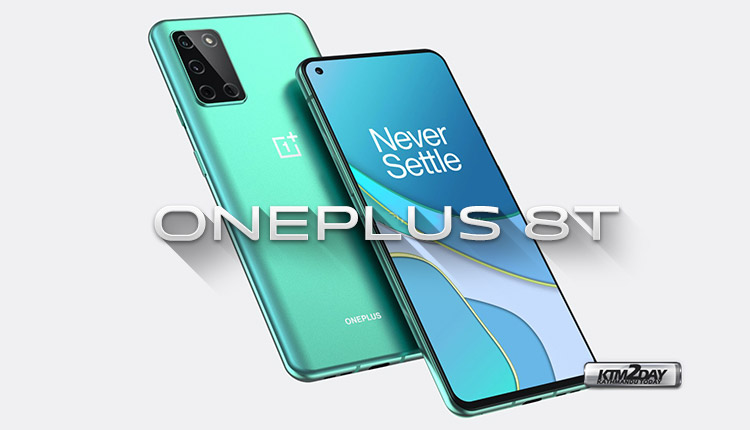 OnLeaks has got their hands on information regarding the OnePlus 8T. The insider, thus shares the design of the future smartphone as well as some of its technical characteristics.

The second half of the year is already well underway and the announcements of new smartphones should follow very soon. Among the expected brands is OnePlus, which seems to have more than one string to its bow this year. After launching 3 smartphones at the start of the year, the Chinese manufacturer may well have 5 new devices in reserve, according to official documentation published on its site.

If the most recent rumors are right, we are less than 1 month away from seeing the official announcement of the new Oneplus 8T . The truth is that the company had already said that the announcement would happen in a few weeks, but without ever specifying a specific date, and that date now seems to have been revealed, and points to October 14th. And that means it will be announced a little later than the Oneplus 7T, which was announced on September 26, 2019.

While waiting more official information to be out about each of these devices, OnLeaks provided Pricebaba with a 3D render of the OnePlus 8T. While some details may still change by the time the phone is released officially,  but the leaker is known for the reliability of its information.

A NEW DESIGN FOR THE ONEPLUS 8T

If we believe the images of the French leaker , the OnePlus 8T should broadly resume the appearance of previous models with thin bezels – but not non-existent – and a discreet hole-punch at the top left to accommodate the front camera. The back, however, is entitled to some aesthetic new features.

The camera module which was centered on the previous generation in the form of three vertically aligned lenses is here replaced by a “domino” shaped module as on the Galaxy Note 20 for example . This protrusion area accommodates 4 lenses as well as a LED flash.

The screen on the other hand seems at first glance completely flat and not curved. We certainly can see quite some  borders around the edges, but this should be an improvement over the OnePlus 8 and 8 Pro. 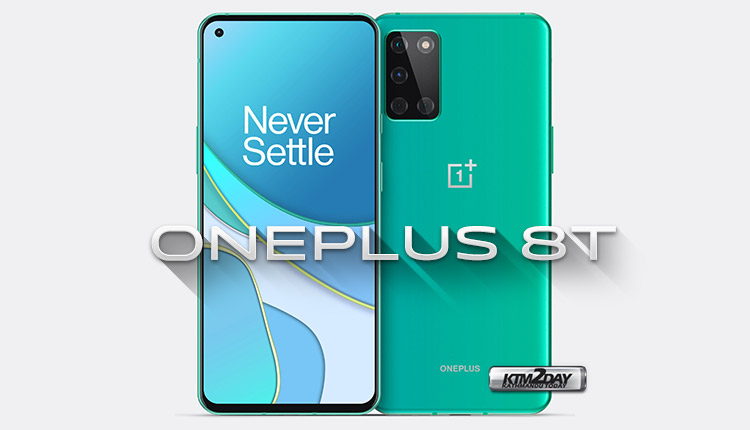 Pricebaba also listed the configuration of camera sensors, which are as follows:

This is a daring choice knowing that the macro mode of the OnePlus 8 is more than dispensable and that a depth sensor is of little interest with so many sensors.

Finally, Pricebaba announces a battery of 4500 mAh and a fast charge of 65 W. OnePlus thus doubles the possibilities of its fast charge and keeps a battery close to that of the OnePlus 8 Pro.

At the moment, OnePlus has not yet formalized anything officially, but the announcement of this OnePlus 8T is expected by mid-October. Also a premium variant OnePlus 8T Pro is also expected to launch by the end of 2020 or if not in the first quarter of 2021.