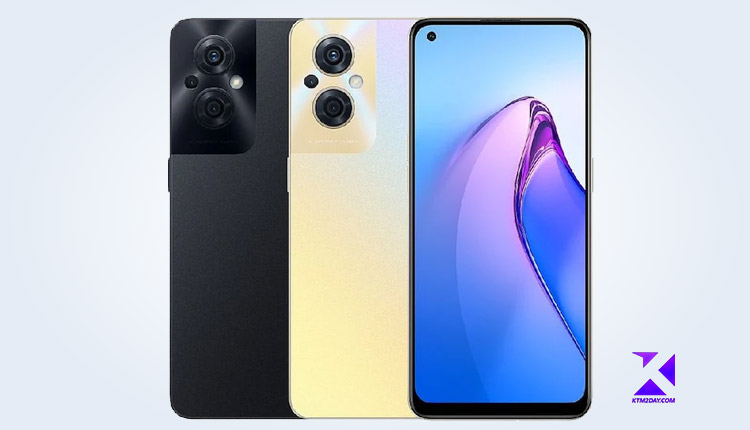 On Thursday, the Oppo Reno 8Z 5G was introduced in Thailand. The device has a 6.43-inch screen and a 64-megapixel main back camera. It is powered by the Adreno 619 GPU and the octa-core Qualcomm Snapdragon 695 SoC. Based on Android 12, ColorOS 12.1 powers its operation.

A dual-SIM phone with Bluetooth v5.1 connection is the Reno 8Z 5G. It has a 4,500mAh battery and a USB Type-C connection that supports 33W SuperVOOC charging. For biometric authentication, it also receives a fingerprint scanner and face recognition.

Price and availability of the Oppo Reno 8Z 5G

The price of the single 8GB RAM + 128GB storage model of the Oppo Reno 8Z 5G is THB 12,990 (about Rs. 46,240) on a merchant website in Thailand. Pre-orders for it are presently being accepted in the colors Dawnlight Gold and Starlight Black.

It will be available for pre-order until August 18, according to the listing. The company has not yet disclosed its plans to introduce the phone in additional countries, including India.

The company claims that the device’s peak brightness in maximum exposure mode can reach 600 nits. It has less than 12.5 percent blue light reduction certification from SGS. Additionally, the device has Netflix HD and Amazon Prime Video HD certifications.

The octa-core Qualcomm 695 SoC and Adreno 619 GPU power the smartphone. The 8GB of LPDDR4X RAM in the Oppo Reno 8Z 5G can virtually be “stretched” by 5GB by using unused storage. It has 128GB of UFS 2.2 internal storage, which can be increased by up to 1TB using a microSD card slot.

The Oppo Reno 8Z 5G has a face recognition feature and fingerprint scanner for locking and unlocking the smartphone.

A 33W SuperVOOC battery with a 4,500mAh capacity is included. With a 63-minute charge time, Oppo promises a battery life of 447 hours.

The company further asserts that the handset would provide up to 3 hours of talk time after 5 minutes of charging. According to the manufacturer, it has a USB Type-C port, a 3.5mm headphone jack, NFC capability, and Bluetooth v5.1 connectivity.